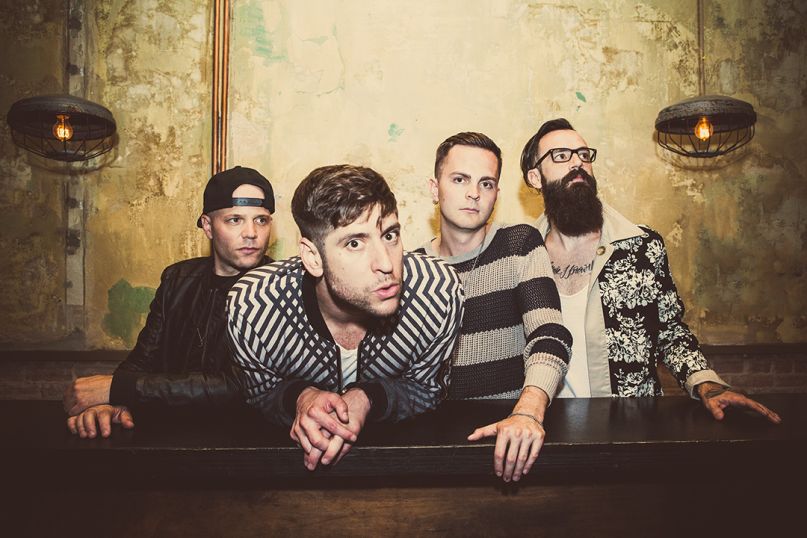 Brooklyn’s Spirit Animal is a band infused with a sentimentality for old-school rock and roll. Formed by Washington, DC transplants Steve Cooper and Paul Michel, the four-piece has been delivering raucous tunes with a touch of funk since their 2010 debut, The Cost of Living. Their enthusiasm for big hooks and brash arrangements has only intensified since then, as they’ll demonstrate with their new EP, World War IV, out October 30th via Wind-Up Records. Ahead of the release, the band has shared a new single called “Regular World”.

“There’s a delicate balance between always demanding more — from life, from friends, from your job — and being satisfied with what you’ve got,” the band tells Consequence of Sound. “This song is about walking that tightrope; about being able to want, want, want without having to need, need, need.”

Though the lyrics are about “walking a tightrope,” the music doesn’t feel so concerned with treading carefully. Opening with waves of cymbals crashing over furiously thumped bass, the track slinks down into a street strolling groove as Cooper channels his inner Anthony Kiedis to spit verses about normality: “Regular car/ Regular house/ Regular doubts/ Regular channel 5/ That’s just a regular life.” Every section of the song sweeps in with a big move that sees the band reveling in soaring choruses, explosive bridges, and dirty blues stomping solos.