Stream: Ben Folds and yMusic’s collaborative album So There 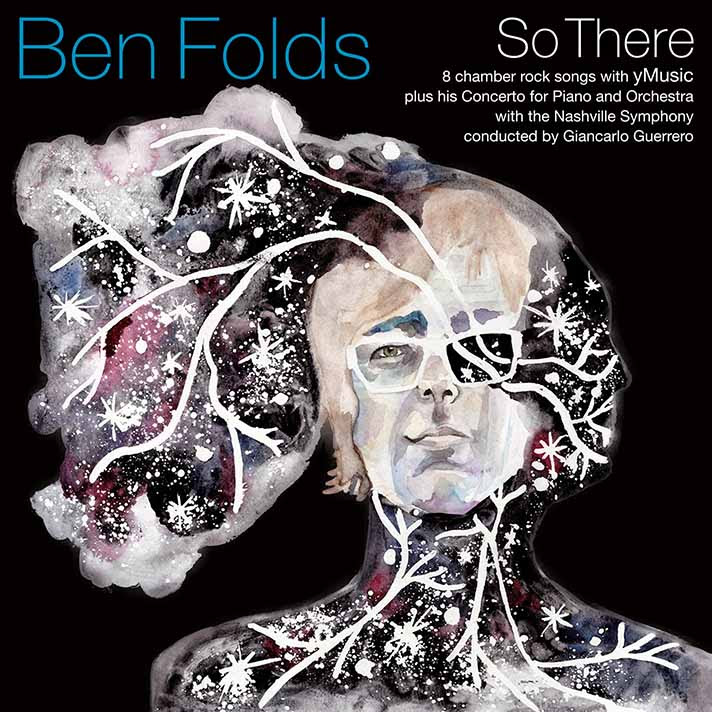 So There is the new collaborative album from Ben Folds and New York ensemble yMusic, due out on September 11th through New West Records. In anticipation of its release, the LP is streaming in full below courtesy of NPR.com.

Recorded in less than two weeks in Fold’s RCA Studio A in Nashville as well as New York and Los Angeles, Folds said the album “is a pop record, if that’s what you call what I write.” The piano pop maestro also says he can’t “recall ever being quite so excited about an album,” adding, “It’s just that we don’t often get to make a record that we’ve never heard before. The arrangements you will hear on this record are straight up rock – not ornamentation. The odd instrumentation – piano, cello, viola, violin, flute/piccolo/alto flute, trumpet/French horn, and clarinet/bass clarinet, with no bass and more often than not, no drums – is yielding something that I can’t wait to release.”

The 11-track effort is split into two sections. The first features eight songs written alongside yMusic; meanwhile, the second is Folds’ three-movement “Concerto For Piano and Orchestra”, which, as NPR notes, was co-commissioned by the Nashville Ballet and the Minnesota Orchestra. Spanning 21 minutes, it “pays homage to 20th-century American composers like George Gershwin and Aaron Copland, the American songbook and Broadway musicals.”

In an interview with The Guardian, Folds also talked about how some classical music fans may be hesitant to welcome his piano pop into their world:

“I expect to probably meet the same fate from anyone who didn’t read Gershwin’s opening statement,” he says. “I’ve been told by guys who’ve tried and feel very chewed up and spit out by it that I should expect to get my ass kicked. But I don’t really care. I would like it if people approved of me but I’ve been through the mill with all of it. I just like making music for human beings and what I’m trying to put out there is not saying, ‘Please accept me into your classical music world.’ It’s just a record. I just want to leave a litter of music that I’m proud of when I get hit by a Mack Truck at 85 years old.”