Featuring additional contributions from Run the Jewels and Skrillex 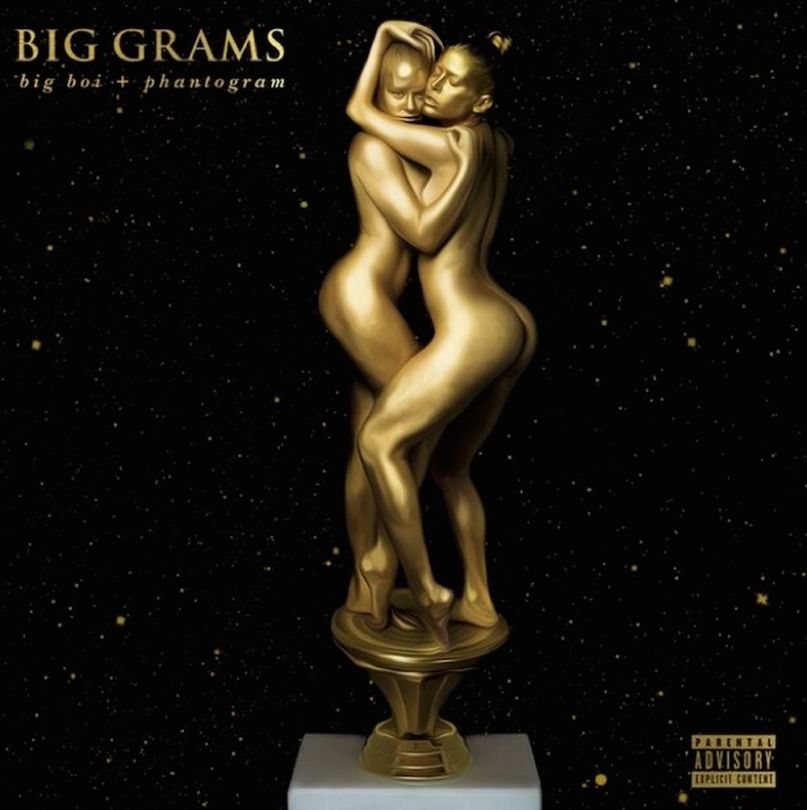 Today, Big Boi and Phantogram release their self-titled debut album as Big Grams via Epic Records. Spotify users can stream it in full below. It’s also available via Apple Music.

In addition to Big Boi’s and Phantogram’s own distinct contributions, the seven-track effort includes cameos from Run the Jewels and Skrillex. It’s preceded by the singles “Lights On”, “Fell in the Sun”, and “Goldmine Junkie”. (Note: the band had originally tagged the release as an EP, but have since decided it’s a proper full-length.)

The genre-melding supergroup made its live debut just last month at Epic Fest. According to a recent interview, Big Boi came to learn about Phantogram after stumbling across a random pop-up ad featuring their song 2009 single “Mouthful of Diamonds”. Following Big Grams the LP, they also say they plan to release more material and hit the road together. Phantogram’s Sarah Barthel discussed what fans can expect from the duo: