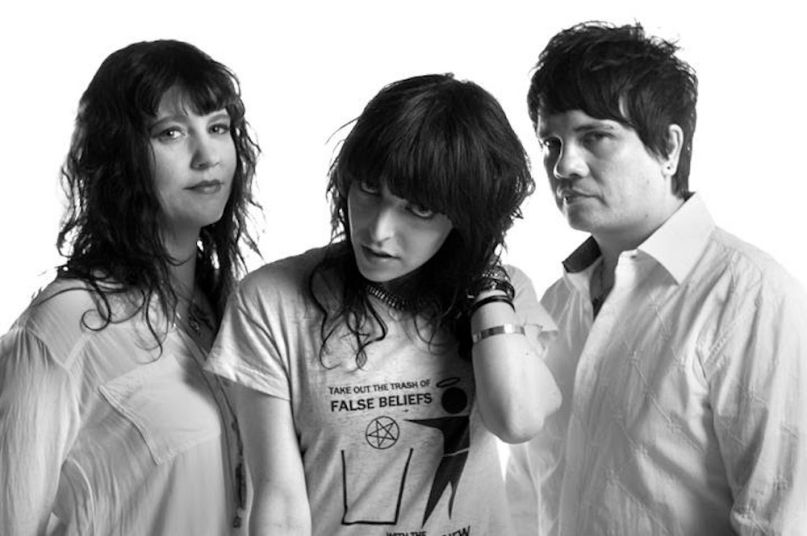 Allyson Baker, leader of post-punk outfit Dirty Ghosts, had a tall order to fill when it came to working on the follow-up to the band’s 2012 debut, Metal Moon. Any artists with a well-received first record sets high standards for themselves, and there’s always the dreaded “sophomore slump” phenomenon looming like a dark cloud overhead. On top of that, a pair of major life losses complicated things even further, with all but one member of her live line-up leaving the band, and her marriage to Aesop Rock unraveling.

Still, Baker pushed on with the creative process — even harder, perhaps — for Dirty Ghost’s sophomore effort, Let It Pretend. “I was listening to music and making demos every night,” the San Francisco-based musician says in a press release. “I just kept doing it until it started to sound like something.” The songs themselves were informed by her place in time, with “lyrical themes of isolation, uncertainty and clouded perception.” What helped to pull everything together, though, was the addition of new drummer Tony Sevener, whose past credits include working for Tommy Guerrero and Bart Davenport’s Honeycut group.

“Tony came in and got involved in the songwriting, making it more of a band” explains Baker. “He taught me a lot about how to look at music from a pop perspective.”

A sharp ear for pop songwriting is evident throughout Let It Pretend in the tight melodies and kick-ass hooks. The ferocity and experimental spirit of Dirty Ghosts’ Metal Moon remains, though, like a spark that jumps from song to song, ensuring that they never go cold or dull. “Every time I listen to this record in a car I catch myself speeding,” Jeremy Gara of Arcade Fire said of the LP. Listening to the record, it’s easy to see how that could be a problem.

Opening cut “Some Kids” packs legit grooves; the title track slashes with angular guitars; and “Cataract”, like the strong single that it is, dishes out smoky attitude at every turn. One run through the 10-track effort and you’re likely to find yourself racing down a deserted highway at 3 a.m. with no intention of turning back around.

Listen to the album in full below.

Let It Pretend is due out on October 2nd through Last Gang Records. Pre-order it here.