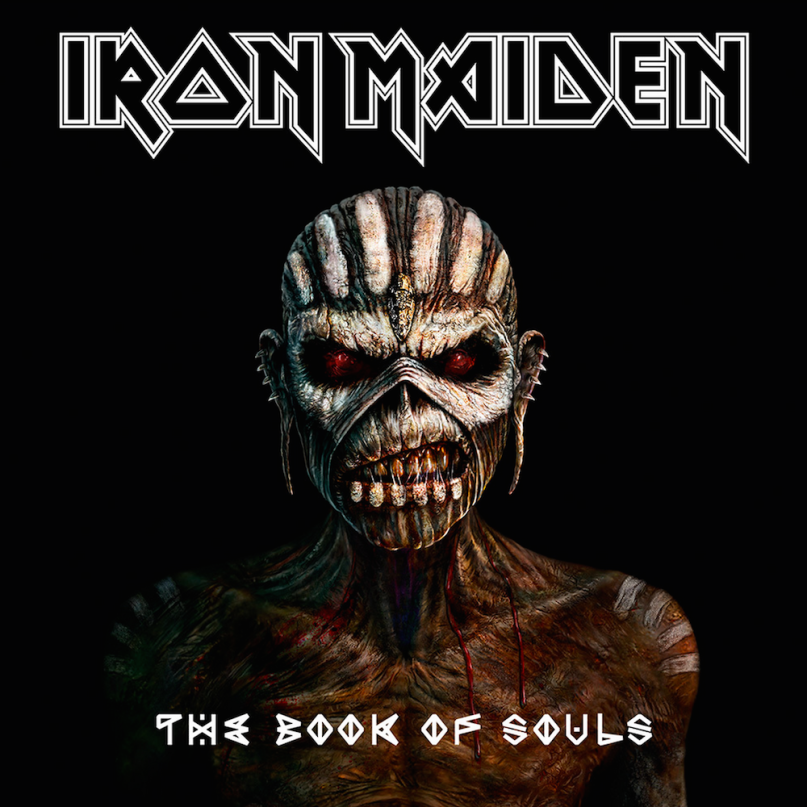 Today brings the release of Iron Maiden’s new album called The Book of Souls. Spotify users can stream it in full below.

Spanning 11 tracks and a hefty 92 minutes, the record marks the band’s 16th to date following 2010’s The Final Frontier. Iron Maiden’s first-ever double album features two tracks written solely by frontman Bruce Dickinson (first time he’s done so since 1984’s Powerslave); one of those tracks is also the longest song the group has ever recorded with an 18:01 runtime. Album cut “Tears of a Clown” is dedicated to the late Robin Williams.

The Book of Souls was recorded in Paris late last year, but its release was delayed so that Dickinson would have time to recuperate from a cancer diagnosis.

The Book of Souls Tracklist: