An expansive piece, deviating from massive guitar build-ups to dreamy vocals on a dime 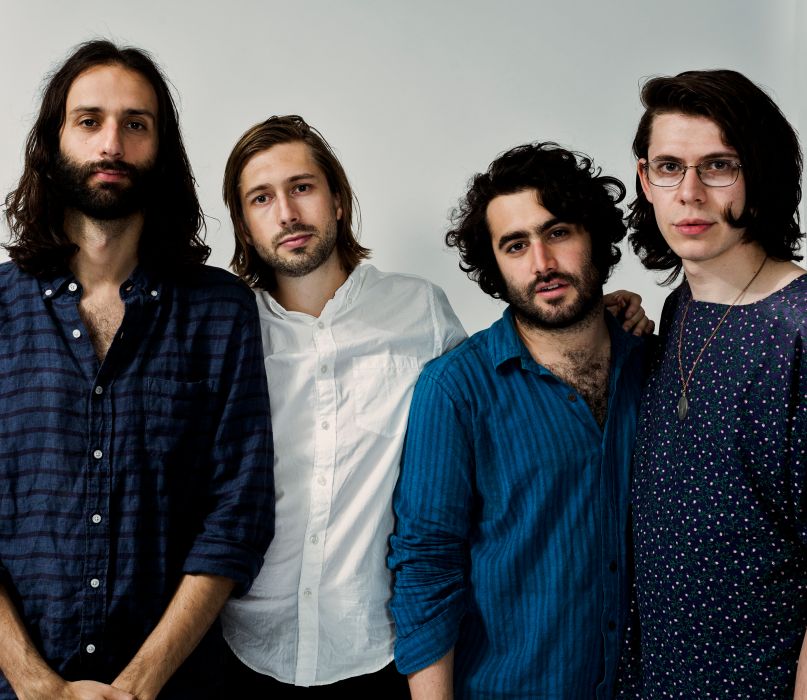 Minneapolis indie rockers Carroll are have evolved naturally since their inception in 2011. After frontman Brian Hurlow showed his demos to his college classmate and drummer Charlie Rudoy, it wasn’t too long before the two moved in together and began working on music. As they expanded their lineup, the band’s live set grew and the music became more self-assured.

Earlier this year the band ventured off into a remote cabin to escape buzz and work on demos. These tracks eventually reached producer Jon Low (The War On Drugs, Mumford and Sons) who invited the band out to Philadelphia. Over 18 days, Low mentored them and helped the band realize their vision. These sessions culminated in their upcoming self-titled debut, out September 18th via Entertainment One Music. In anticipation, it’s streaming in full below.

“With Jon’s help, we channeled every ounce of woozy, psychedelic melancholy we had within ourselves into the ten songs that made the final version,” the band tells Consequence Of Sound. “From the pop harmonies of ‘Bad Water’ to the deranged piano on ‘Boxing Day,’ to the brooding, aquatic synths on ‘Green Acres’ and the scorching slide guitar on ‘Hang on Desert Island,’ we use every sound, chord and melody as barbed hooks to draw the listener into our world.”

The album is an expansive piece, deviating from massive guitar build-ups to dreamy vocals on a dime. Each song is backed with a surplus of dynamics, imploring everything from slide guitars to shaky synthesizer wobbles. For a less proficient band, it could become a mess. But Carroll handles it all with grace and college rock charm.