Austin risers' debut album, Cokomo, is out in October 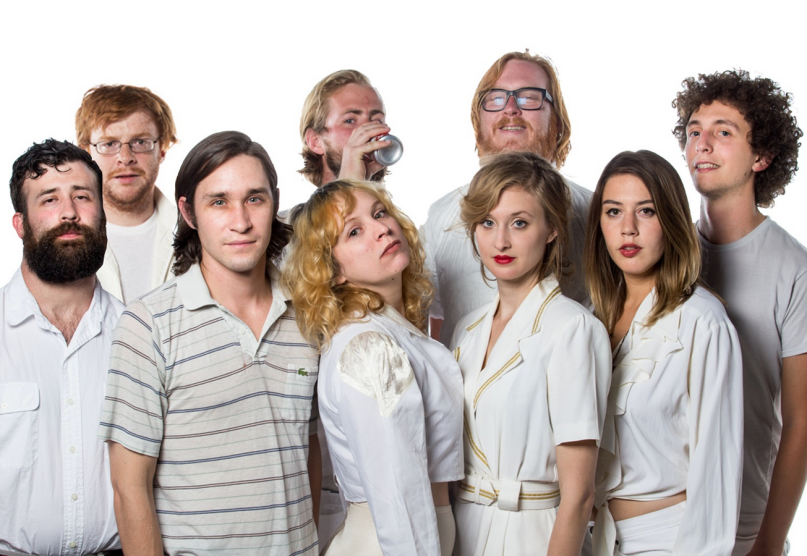 Nothing about Sweet Spirit really happened the way it was meant to. As Sabrina Ellis’ marriage was falling apart, so was the band she had started with her soon-to-be-ex-husband. As an outlet, the Austin singer began Sweet Spirit as a solo project focusing on her own guitar playing and songwriting. But it wasn’t long before she was joined by former bandmate Andrew Cashen, and they quickly added four more members. Their live show attracted glowing attention around town, eventually leading to an offer to perform at a Marvin Gaye tribute show. The band added some horns and a backup singer for the Gaye gig, and wouldn’t ya know it, the band suddenly became a nine-piece.

Sweet Spirit had also made fans out of local heroes Spoon, who tapped them to open a secret show at Hotel Vegas. The connection with the band continued to pay dividends as Britt Daniel asked them to join him on a pair of songs for a well-received 7-inch single. Mike McCarthy, producer of every Spoon album from Girls Can Tell through Ga Ga Ga Ga Ga, worked on that disc as well as the band’s self-titled first EP. He even stuck around to handle production on their forthcoming full-length debut, Cokomo, out October 16th via Nine Mile Records.

As a first listen to the LP, the band has shared lead single “Baby When I Close My Eyes”. Replete with synths that zig, zag, and swirl, the track confidently rests on a solid indie rock groove laid down on guitar. Drums splinter like glass as a hi-hit is ridden in nearly unbroken consistency. It all comes together in an alluring dream-like haze of sexual tension ready to snap, a feeling strengthened by Ellis’ own dizzying vocal performance.

Much like the band, the lyrics came together almost by accident. “We worked out ‘Baby When I Close My Eyes’ in rehearsal toward the end of 2014, shortly before recording,” Ellis explains to Consequence of Sound. “Andrew wrote the groove, saying it sounded like Blondie’s ‘Parallel Lines.’  We never got a chance to sit and work on the lyrics, so we just called it ‘Disco Song’ at practice.  Every show, the guys would say, ‘Let’s play ‘Disco’.’  But I didn’t have lyrics. The pressure to debut this song became so great,  I ended up having to improvise lyrics onstage at a late night show at Hotel Vegas. Those lyrics stuck. That’s how ‘Disco Song’ became ‘Baby When I Close My Eyes’.”

Cokomo is due October 16th on Nine Mile Records. Pre-sale and fresh tour dates will arrive later this month. Below, peep the album’s cover art.