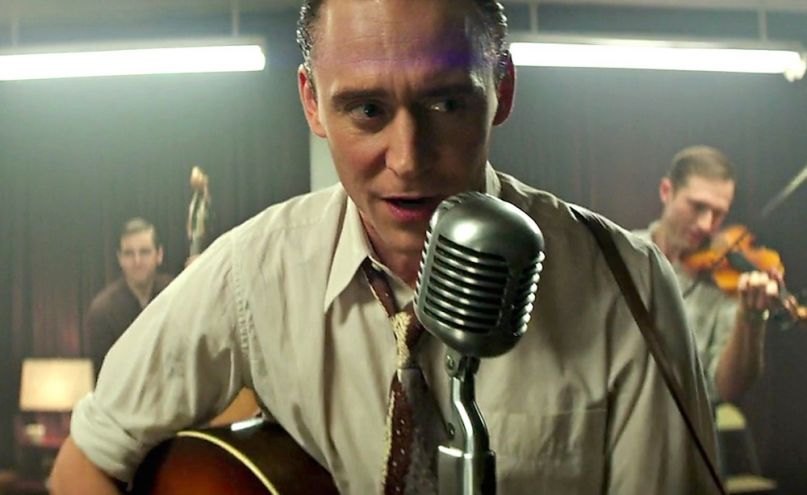 Tom Hiddleston, better known as Loki from the Thor and Avengers series, plays country music legend Hank Williams in the forthcoming biopic I Saw the Light. Today, in advance of the film’s premiere at the Toronto International Film Festival this weekend, Hiddleston has shared a new teaser via his Twitter account.

Though we’ve seen short clips here and there over the last few months, this latest video serves as the first official footage from I Saw the Light. It shows Hiddleston performing Williams’ 1940s classic “Move It On Over” in Music City.

If it looks as though he’s nailing the country icon’s look and sound, that’s because the Thor actor did his homework in terms of prepping for the role. He reportedly worked on his Williams impression with Grammy-winning country veteran Rodney Crowell for over a year.

It gives me great pleasure to introduce the first clip from I SAW THE LIGHT. @TIFF_NET tomorrow! #MoveItOnOver https://t.co/0xC30AghNF

I Saw the Light, which also stars Elizabeth Olsen as Williams’ wife, Audrey, opens in theaters on November 27th.

In addition to the biopic, Hiddleston is set to star in Guillermo Del Toro’s upcoming gothic horror Crimson Peak alongside Jessica Chastain.