The National, CHVRCHES, Big Grams, deadmau5, and the best seats in the house 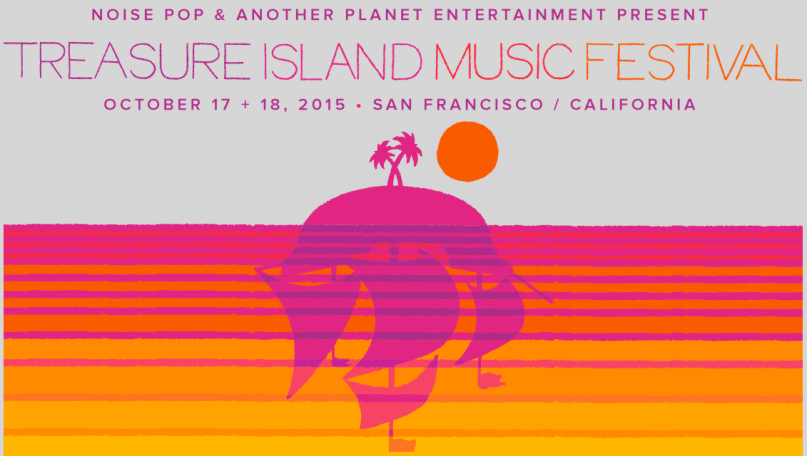 Taking place on October 17th and 18th, Treasure Island Music Festival may be one of the last-gasp music festivals of the year, but that’s not going to stop it from being one of the best. Now in its eighth year, the timing actually played well into the San Francisco event’s favor this year, as they were able to be one of the first major fests to nab Big Boi and Phantogram’s collaborative project, Big Grams.

They aren’t the only big names on the bill, of course. The National and deadmau5 will each headline a day, with an undercard featuring FKA twigs, CHVRCHES, The War on Drugs, Run the Jewels, Father John Misty, Panda Bear, Hudson Mohawke, Deerhunter, Drive Like Jehu, Mikal Cronin, Viet Cong, Shamir, STS9, and more.

Plus, for the first time ever, Treasure Island will host a comedy tent curated by Funny or Die!. The Blah Blah Blah, as it’s called, will see Tim Heidecker, Jerrod Carmichael, Jonah Ray, Laruen Lapkus, Chris Gethard, and more taking the stage and putting you in stitches.

That is, if you’re actually around for the fest. To make sure that happens, we’re giving away two (2) pairs of VIP passes (so, four passes total, math whizzes). Just enter using the widget below, earning bonus entries by following Consequence of Sound on social media and letting your friends know about the contest.

Winners will be drawn on October 14th. Entry automatically enrolls you in the CoS newsletter. Winners must provide their own transportation and accommodation.