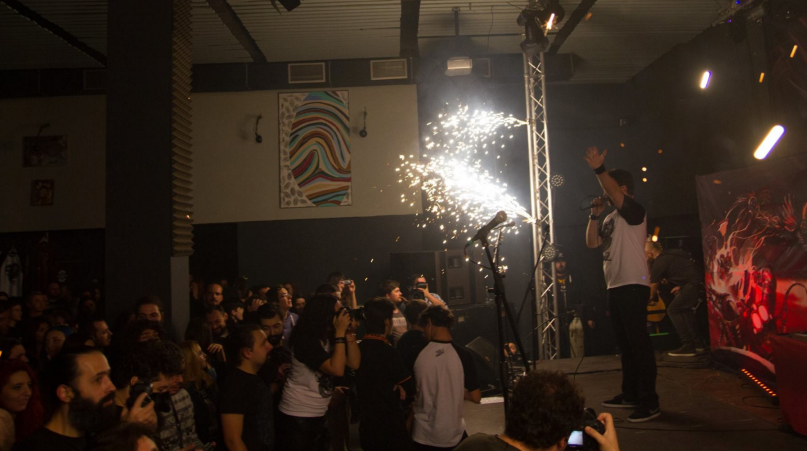 A heavy metal concert in Bucharest, Romania on Friday ended in tragedy as a fire inside the venue took the lives of   32 and injured  200 others.

Local band Goodbye to Gravity was celebrating the release of their new album at the 400-person capacity nightclub Colectiv. According to the Telegraph, investigators believe pyrotechnics used in the band’s stage show malfunctioned, prompting the fire. To make matters worse, the venue had only one small exit and many were trampled as concert-goers rushed to leave the venue.

Many of the victims are said to be teenagers and young adults. Goodbye to Gravity’s two guitarists, Vlad Telea and Mihai Alexandru, were also killed, while lead singer Andrei Galut is in critical condition after sustaining burns to 45% of his body.

Romania’s President Klaus Iohannis has declared three days of national mourning, and promised a full investigation with “speed and rigor.”

Update – November 3rd: According to the Guardian, three of the venue’s owners have been arrested on suspicion of manslaughter. “Data and evidence … have shown the fire occurred because the people managing the respective space encouraged and allowed a number of people above the club’s limit in a space that was not endowed with more emergency exits,” prosecutors said. Additionally, according to prosectors, the the owners allowed “a fireworks show in the indoor venue that was improper as it … contained easily flammable materials illegally installed to avoid additional costs.”

Update – November 4th: Romania’s Prime Minister, Victor Ponta, has resigned in the wake of the tragedy and subsequent protests against inadequate safety regulations for public venues. “I have the obligation to acknowledge that there is legitimate anger in society,” Ponta said in a statement. “People feel the need for more, and it would be wrong of me to ignore this.” As of today, the death toll has risen to 32.