A Brief History of How Max Martin Conquered Pop Music

How did this pop producer and ghostwriter top The Beatles? 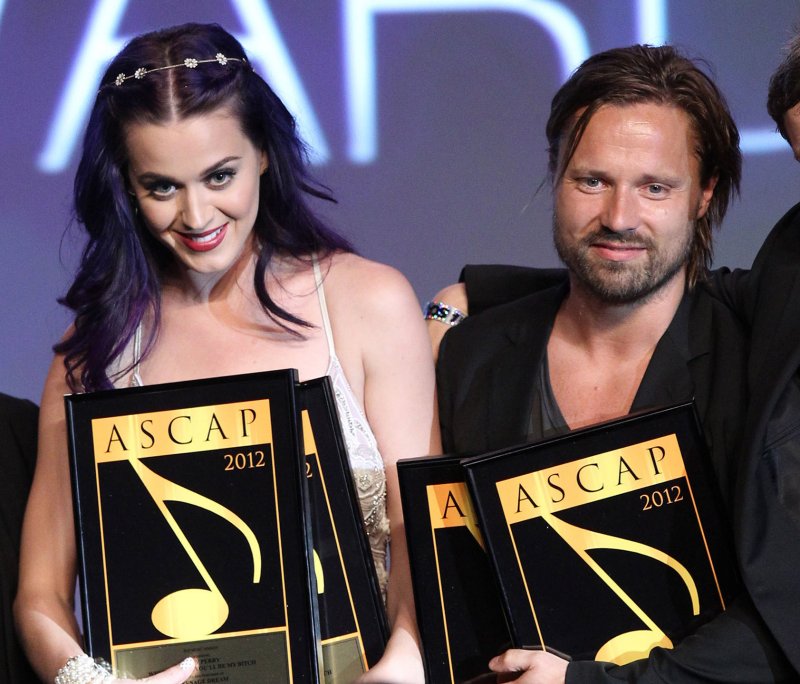 A Brief History is a recurring feature that offers a crash course on some sliver of music or film history. Today, Wren Graves traces how producer and ghostwriter Max Martin conquered pop music in seven songs.

In August, Swedish producer and ghostwriter Martin Karl Sandberg, who goes by the name Max Martin, scored his 21st #1 hit on the Billboard Hot 100, surpassing The Beatles’ mark of 20 and bringing about The End of the World – or at least, that’s what I thought when I glanced over my Facebook and Twitter feeds and saw the kind of apoplectic rage usually reserved for animal torture from all the #RealFans who care about #RealMusic.

Aside from this vocal minority, there seem to be two other broad reactions to Max Martin and the rest of our Scandinavian overlords – Dr. Luke, Shellback, Stargate, etc. There’s a sort of, “Hmm, isn’t that interesting?” typified by articles in The Atlantic and The New Yorker, and then there’s the other 99% of the world’s population who couldn’t care less. Personally, I can’t help but appreciate someone who’s so obviously good at their job, and I’d like to believe that if Max Martin were the world’s greatest plumber, I’d be writing about the first time he held a plunger or his unique approach to the problems of a U-Bend.

Sandberg began his music career in a glam metal group called It’s Alive in 1985, which signed with Denniz PoP’s legendary label Cheiron Records. PoP hired Sandberg away from his floundering rock band to be an in-house writer and producer, and together they produced most of Ace of Bass’ second record, The Bridge.

Let us now drop in with Martin for his first big hit. The year is 1997. Grab a tub of hair gel and still your beating heart; we’re heading for the golden age of boy bands. Read on to see how Max Martin conquered pop in seven songs.

The recording of the Backstreet Boys’ first album was famously interrupted by puberty. Their manager, Lou Pearlman, knew Nick Carter was the group’s most marketable face, but Carter’s voice kept cracking uncontrollably during studio sessions. The song was released internationally with Brian Littrell singing both verses and re-recorded a year later for the US single, when Carter was literally more of a man.

“Quit Playing Games with My Heart” was Martin’s first top-10 hit, peaking at #2 on the Billboard Hot 100. Some of this is timing: The New Kids on the Block had recently broken up, leaving a gaping hole on the bedroom walls of teenagers everywhere. But it’s easy to imagine an alternate universe where the parents of the Backstreet Boys rejected Lou Pearlman as a creep – in fact, it’s almost harder to picture the world we do live in, where multiple adults, many of them music industry professionals, found him trustworthy. And if the Backstreet Boys had never formed, and never reached out to Martin and PoP, what would pop music sound like today?

Regardless, the Backstreet Boys would never have a higher-charting song, and Max Martin had the big break he’d been dreaming of since his days as a glam rocker. Cheiron Records was about to be in high demand.

That piano! It’s like the Jaws theme, the Beethoven’s 5th Symphony, the “Start Me Up” of pop songs. One second, three notes, and you know exactly where you are.

Because of the way albums were recorded at Cheiron Records – the producers wrote all the songs and recorded all the instrumentals before the artist had even heard about the song – Britney Spears was able to record her entire debut album in one week. That’s more free time for photoshoots and Total Request Live.

Spears was a star, but Cheiron Records was about to close. In 1998, Denniz PoP died at the age of 35 from stomach cancer. The last two albums he produced and contributed songwriting to were …Baby One More Time and *NSYNC’s eponymous debut. After that, Max Martin had one more number one hit, 2000’s “It’s Gonna Be Me”, and then Cheiron shut the doors.

Max Martin formed a new company in 2001 with Tom Talomaa called Maratone, and he didn’t have a top-ten single for four years, or a #1 single for eight years. Martin was still writing for Spears, Nick Carter, and *NSYNC, but his mentor had died, the Cheiron institution was defunct, and Martin, far from a force of nature, looked like just another industry hack.

Call it the Britney Backlash, the rockification of pop, so long in coming that even the man who launched Britney knew to get involved.

“Since U Been Gone” was Martin’s first top-10 single since 2000, and I think the reason is listed right there next to the word Co-Writers: Lukasz Gottwald, aka Dr. Luke*.

Martin had worked with plenty of collaborators, most notably Rami Yacoub, but in Dr. Luke he had a protege and a willing student of the pop craft he had developed under Denniz PoP. While, by all accounts, Max Martin is mild-mannered and reserved – in other words, the opposite of the brash, hard-partying Dr. Luke – they were sonic soulmates.

Recall that Denniz PoP’s working method was heavily collaborative; after all, if the chorus needs a hook, and the pre-chorus needs a hook, and the intro, the verse, and the bridge all need hooks, it is helpful to have a deep stable of writers capable of producing hooks. I would argue that while many ghostwriters can put together a hit song, it is Martin’s ability to spot and cultivate talent – to surround himself with a team – that has made his remarkable run possible.

*Note: Dr. Luke is being sued by the pop star Ke$ha, and the allegations are extremely disturbing. While the scope of this article is restricted to Max Martin and how he came to dominate the airwaves, readers interested in the law suit are directed to the excellent reporting in Rolling Stone and The Hollywood Reporter.

At last, Max Martin’s third #1 single! For those keeping score at home, that means that between “I Kissed a Girl” in 2008 and today, he would score 18 more. This song is important because it is the beginning of the most fruitful of Max Martin’s artist collaborations. Including “I Kissed a Girl”, Martin and Katy Perry have had eight #1 singles, and four would come off her next album, Teenage Dream, which is perhaps Max Martin’s greatest accomplishment.

To describe the chart-topping dominance of Katy Perry’s Teenage Dream, you have to invoke Michael Jackson. It’s the second album in history to produce five #1 singles (after Bad), and those singles shattered Thriller’s record of 130 weeks on the Billboard Hot 100 with 225(!) consecutive weeks. Did you catch that? For over four years – including the end of President Bush’s second term, Obama’s election, and his re-election campaign – one of the 100 most popular songs in the country came from Teenage Dream.

Part of this surely has to do with Perry, who projects a girl-next-door attitude and is one of the few human beings of which I’m aware who can credibly claim to have the proportions of a Barbie doll. Part of the credit goes to the Ester Dean and Stargate collaboration, “Firework”. The rest of the glory belongs to Max Martin and his ability to capture what it feels like to be young, tan, and mostly a virgin.

He’s about to leave Michael Jackson in the dust and embark on the most incredible chart-topping run since the heyday of The Beatles. As we’ll see in the next song, the Maratone team had found one last crucial piece.

Meet Maratone’s final secret weapon. Not Alecia Moore, which is the given name of the artist we know as Pink, but Johan Schuster, more well known (where he is known) as Shellback. Today, he’s 30 years old and the writer or co-writer of 20 top-10 hits, nine of which went to #1, including “So What”. When he joined the Maratone production team in 2006, he was only 21 years old.

Before that he was part of a Swedish death metal group, In Flames, and you can hear the rock influences in that infectious opening guitar riff. The song itself was inspired by Pink’s separation from her husband, motocross racer Carey Hart. The separation was brief enough that Hart shows up in the video with Pink’s hands around his throat, and they’re still married today.

Britney, Kelly, Pink, Katy … is Max Martin better at writing for women than for men? Or is it that American teenage girls, who are far and away the most powerful force in the global music industry, prefer role models to sex objects?

Regardless, that list is incomplete. Max Martin has had one more great artist collaboration, one with the potential to cast a shadow over the accomplishments of Teenage Dream.

Here’s a fun fact: Taylor Swift has had four #1 singles, and all of them were with the help of Max Martin and Shellback.

That’s not to disparage Ms. Swift, several of whom’s best songs, like “Love Story” and “Our Song”, were written entirely by her. The old music adage about how easy it is to get a songwriting credit and a piece of the songwriting royalties, “Change a word, get a third,” doesn’t apply.

But in the same way that the success of “I Kissed a Girl” gave Max Martin the opportunity to write almost all of Teenage Dream, when “We Are Never Ever Getting Back Together” went to the top of the pops, the Maratone team was trusted with the album most likely to approach those lofty heights, 1989. Already it’s been on the charts for close to 60 weeks (only three more years to go!) and the September single, “Wildest Dreams”, is hovering just outside the top 10, ready, I’m sure, to hit number one the moment this article is published, rendering it obsolete.

I’d been feeling like The Weeknd peaked with his first mixtape, House of Balloons, and had been slowly getting more lethargic ever since. But he certainly sounds, ah, stimulated on “I Can’t Feel My Face”, and by now, there ought to be no mystery why.

Yes, there are similarities – they’re all pop songs, after all – but only someone who thinks that “pop music” refers to songs about Coca-Cola would mistake one for the other. This chameleonic quality is the final key to Max Martin’s success: His ability, not just to dress himself up as a pop star, but to capture her essence, her ideal self — how that pop star would like to be.

The results (below) speak for themselves.