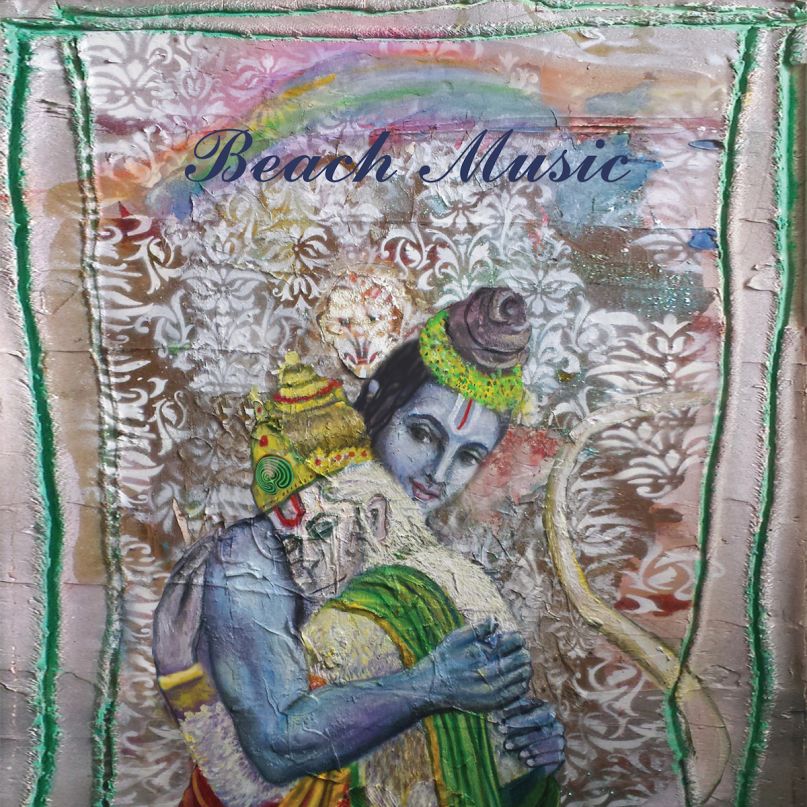 Alex Giannascoli has built a back catalog under the name Alex G that maybe only Robert Pollard would fail to find staggering. Though he only released a label-backed album for the first time last year — the excellent DSU, put out via the equally excellent Orchid Tapes — Giannascoli produced a boatload of records at home and released them on Bandcamp, amassing a rabid underground following and acclaim that only blossomed once he had a label to bolster his charmingly wide-eyed indie pop. But his latest LP, Beach Music, arrives in his fans’ hands through indie heavy-hitter Domino. “It’s like getting hired for a really good job or something,” Giannascoli told Rolling Stone in a recent interview. Though he’s conscious of the prominence his new “employers” have, he’s still recording at home and limberly sifting through dozens of sounds and signposts in pursuit of indie pop beauty.

Rather than resulting in a workmanlike sameness, the fact that he’s looking at his music as a “job” seems to suggest that Giannascoli is aware of the expectations placed upon him. He may still be recording in his Philadelphia apartment, but he’s looking out the windows at the heaps of expectations loaded on his doorstep. The always ambitious songwriter steps up to that challenge with confidence, unreeling an album as charming as any in his catalog.

Much like DSU, Beach Music’s songs differ in genre touchstones and instrumentation choices, like he’s scrolling through an iTunes library set to shuffle. Giannascoli has always been a voracious, omnivorous listener, drawing inspiration from every corner of the music universe, and Beach Music runs that eccentric span. The set splices together everything from a Jon Brion score to a George Harrison pop sigh, from early Animal Collective vocal tinkering to Phil Collins synth patches. But there’s a wavering instability to the tracks themselves as well, something like the tracking pattern on a cassette, a sign of wear from something beloved but also a sign of decay.

Take early highlight “Bug”: The song’s core is a sweet guitar pattern, but some moments in the chord progression ring out in jarring disharmony, cracks showing in the otherwise precious indie rock structure. The pitch-shifted vocals that close out the track, then, become eerie rather than run into Chipmunk territory. “Station”, meanwhile, takes a layered approach to vocals, dropping a track of Giannascoli’s voice into a syrup where it competes for space with multiple falsettos. “I’ve got money and I’ve got fame/ The only thing I don’t got is someone to blame,” the wormhole-stretched track offers, like a troubled subconscious battling for space with the vocalist’s typically warm persona. The disorienting effect is something akin to Animal Collective’s “Visiting Friends”. The vibraphone and brushed percussion of “Ready” strike a mellow, slightly somber tone, while Giannascoli’s vocals keep things alluring — until you pick out the lyrics about faded memories, rolling around on the floor, and chewing gum to kill the time.

That emotionally resonant, impressionistic lyrical approach unifies the record’s occasionally scattershot musical choices. The outro to “Salt” lingers like its namesake after a dip in the ocean, echoing Weezer’s “Undone” in its prickly guitar pattern and Giannascoli’s rise-and-fall vocals. The track works despite the “In the Air Tonight” synth drum fills thanks to the quirky harmonies and fragile lyrics. “Today I washed my hands/ I want to be alone/ I want to fry,” he repeats as the song closes, after ruminating for four minutes on fear, desire, and honesty. The trumpet and piano of “In Love” ride a line of twee drama, though Giannascoli’s cracking lines about “living a lie certain I’m sitting in love” demand the romantic accompaniment. These are self-aware choices, buttressing and undercutting his incisive lyrics at equal measure.

“In your pause between sentences/ I can tell what’s nagging around,” Giannascoli sings on “Ready”, a line indicative of his homespun, heady approach. Beach Music feels like the work of an artist a few steps ahead of his audience, jumping to answer their expectations of a DIY darling taking on the trappings of a label. He stuck to his roots, recorded at home, and embraced his eccentricities. Giannascoli also wasn’t afraid to go big, resulting in one of the richest, deepest-sounding albums of his catalog. With each successive record and step up the ladder, Alex G continues to impress. Witnessing his prodigious experimentation and the revelations of his unique worldview should be a treat for years to come.