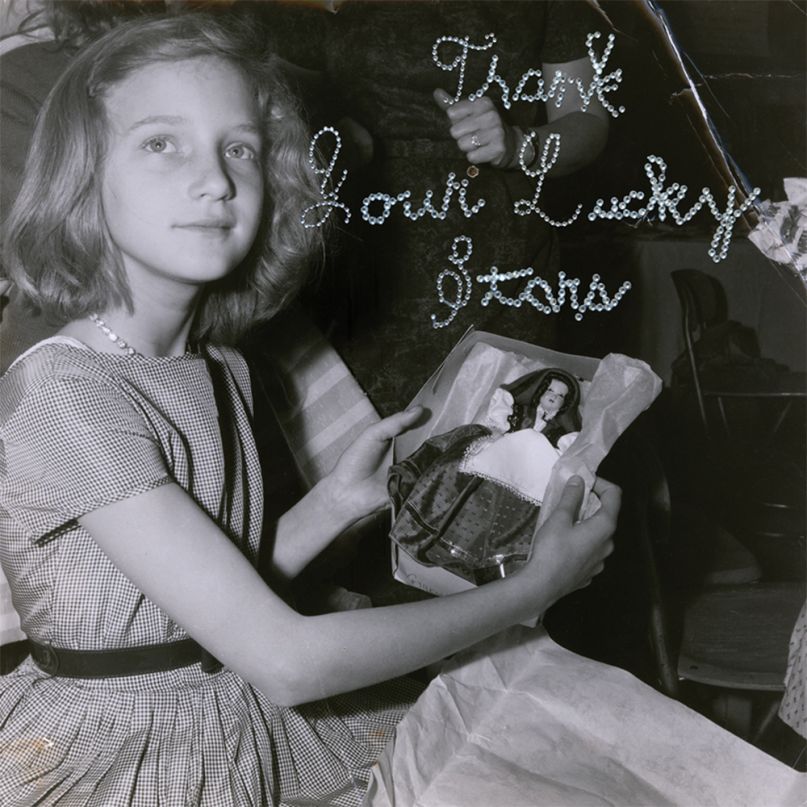 Occasionally, bands or artists will speak about their recording sessions and note the wealth of material they have recorded, hinting that they may release whole albums of unreleased songs from the same sessions. And when these come to fruition, the expectation is never that the musicians are going to exceed the recording sessions’ primary output in quality. In a case like Modest Mouse earlier this year, fans may even be grateful that they aren’t subjected to an extension to an uninspired recording session. Sure, B-sides and unreleased tracks can contain gems, but usually, they sound like second-tier material, held back for a reason.

And few, if any, do what Beach House have done in 2015, offering up a second album of material from the same recording session less than two months after the first. Thank Your Lucky Stars is not presented as lesser material, though, but rather as compositions that were written later than the Depression Cherry tracks, and thus presented as a separate entity, without much advance notice. The album title, funny enough, ends up summing up the likely reaction for both Depression Cherry’s fans and detractors, as the second album gives both what they are hoping for, functioning far beyond the also-rans we might have envisioned.

Whether the case was that Beach House’s Victoria Legrand and Alex Scally preferred the later material and didn’t want to scrap Depression Cherry, or that they just didn’t want to sit on Thank Your Lucky Stars for a year while the excitement of the sessions faded, their decision to hoist the second album into existence is the right one. Where Depression Cherry sorely lacked ideas, Thank Your Lucky Stars is flat-out adventurous by comparison, containing some of the band’s most nuanced and timeless melodies to date.

Opening with “Majorette”, the album smoothes the transition away from their previous albums by offering up a song that could comfortably fit on every Beach House record since Devotion. And it would be a strong moment on any of those records, with the subtle differences being Legrand’s voice dried from its reverb bath, instead lilting with a sweetness not usually associated with her. The iciness of Depression Cherry is not present, nor is the ornate big-venue grandeur of Teen Dream or Bloom.

But the album’s best moments come later, with a handful of boundary-pushing, project-defining numbers that don’t sound like a different band, just sound like a better version of Beach House. “All Your Yeahs” pulls back its curtain with ominous calm, Scally plucking a single guitar note, and Legrand milking the spookiness with lines about “dead flowers” and not crying in the afterlife. But as the drum machine slowly intensifies, Legrand offers up a hopeful keyboard riff, shifting the mood like the metaphorical roller coaster she mentions in the lyrics, touching on an emotional complexity that Sufjan Stevens reached earlier in the year with “Should Have Known Better”.

On “One Thing”, Beach House continue down the shoegaze rabbit hole they explored on Depression Cherry’s “Sparks”, breaking down the genre’s white noise walls in favor of letting the song rest on Legrand’s melodic swells. The track is also a great guitar moment for Scally, following an album where his presence often lacked. Here, on “One Thing” and later on the stunning “Elegy to the Void”, Scally and Legrand take equal control on Beach House’s destiny and its success. On the latter, Scally doesn’t back Legrand, he weaves his own melodic counterpart to her vocals. And when she quiets, he manages a guitar solo that is streamlined, necessary, and gorgeous. Beach House’s backing music is often the canvas for Legrand to paint her melodic moods, but on Thank Your Lucky Stars, all the pieces work not for each other, but with each other.

About a week or so before Thank Your Lucky Stars was released, a vinyl rip of the album leaked on the internet and, for many of Beach House’s biggest fans, this was the first way they experienced the album. And this might have worked best on the album’s closer, “Somewhere Tonight”, which is Beach House’s closest attempt at a ’50s R&B sound to date, where the crackles and hiss of the record spinning added to the song’s ghostly appeal. On the track, Legrand and Scally craft a slow dance that seems generations old, evoking romance of days gone by, and shifting the aesthetic of Beach House from fantasy to memory. It’s a perfect closing moment from a band that admits that this album is not like anything they have ever done, and gives music fans reason to be thankful.

Essential Tracks: “Somewhere Tonight”, “Elegy to the Void”, and “All Your Yeahs”

Previous Story
The Celebration of Stephen King Continues!
Next Story
A Chronological History of Back to the Future’s Technology
Popular
More Stories
[fu-upload-form form_layout="media" title="Submit Your Photo"][input type="hidden" name="ugc" value="1"][/fu-upload-form]