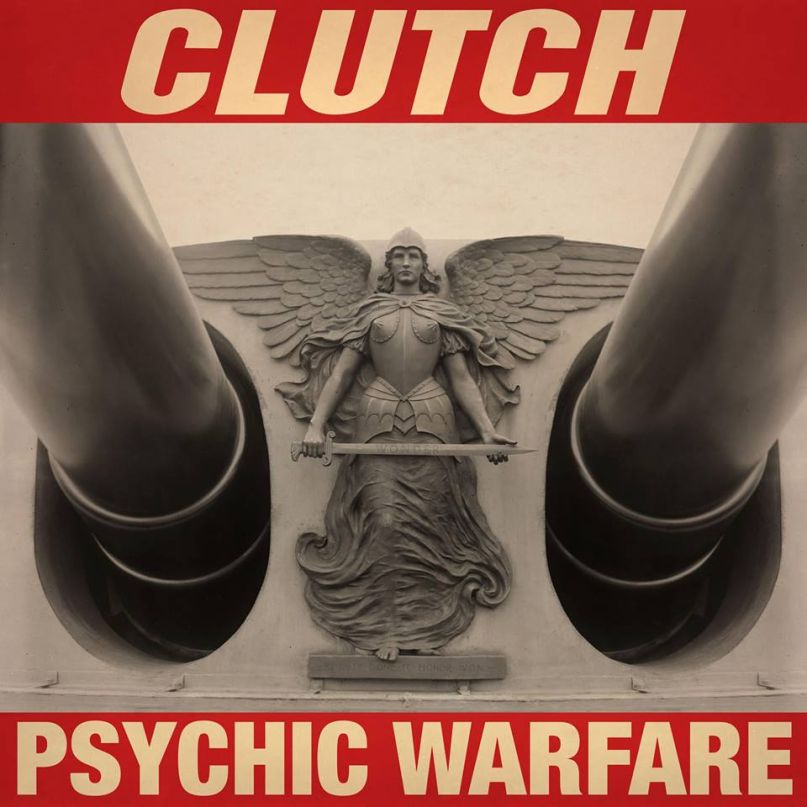 Clutch’s belligerent boogie rock is inherently absurd, but that hasn’t stopped the band from becoming a staple in the stoner rock scene since forming about 25 years ago. Eleven studio albums later, Clutch is so established that they can operate as their own DIY operation a lá Iron Maiden. They have their own label, book their own tours, sell tons of merch, and make enough money to keep the whole thing going.

Clutch’s latest album, Psychic Warfare, does little to vary the band’s obviously successful formula. Guitarist Tim Sult flaunts recycled blues riffs with an exuberance that borders on braggadocio; every guitar line feels like an attempt to outdo the last, every note accentuated with some pull, bend, hammer-on, or fancy flare. And Neil Fallon’s scruffy bark is cartoonish and unchanging. It’s impossible to take Clutch seriously, which is perhaps why they’ve become one of the pinnacle hard rock party bands of our time. You dance to it; you drink to it; you fuck to it.

Separated from these contexts, Clutch’s music can grow obnoxious fast, and Psychic Warfare is no different. The band’s signature sound remains securely intact, but Sult and Fallon seem especially intent on testing the nerves of the idle listener. Opener “X-Ray Visions” conjures a raucous live setting, the galloping riff ducking and diving as if engineered to match the ebbs and flows of a beer-soaked crowd. Fallon even goes through a comical bit where he introduces the whole band like an old jazz player. Live, this track probably gets shit going, but in a pair of headphones or on the home stereo or driving around town, it feels awkward and empty.

The record is emotionally void, instead falling back on instrumental theatrics, hard rock machismo, and shameless self-parody. “A Quick Death in Texas” sounds so ZZ Top, in fact, that it borders on funny, the band possibly making a jab at all the comparisons to the Texas trio that they no doubt receive. Meanwhile, Fallon fills each song with such tasteful lines as “we’re in the back of your paddy wagon scheming, ugh” and “it goes against my Catholic upbringing … I’m a sucker for the witch.” He’s an incessant vocalist, and the brief instrumental reprieves (the psych solos on “Behold the Colossus” and “Our Lady of Electric Light”), however fleeting, are highlights on Psychic Warfare both for their songwriting variation and relief from the questionable lyrical content. Melodically, this is one of Clutch’s weaker efforts; without strong hooks (i.e., “Firebirds!”), Fallon ends up just shouting words to forgettable results.

Clutch is the definition of a “live band.” Their music works best on the stage at this point in their career. Fans of Sult’s style and metallic blues riffs will find a few gems among these tracks, but this is merely par for a Clutch album. Next to the records the band recorded 10 years ago, Psychic Warfare is more product than artistic statement.