Coheed and Cambria – The Color Before the Sun 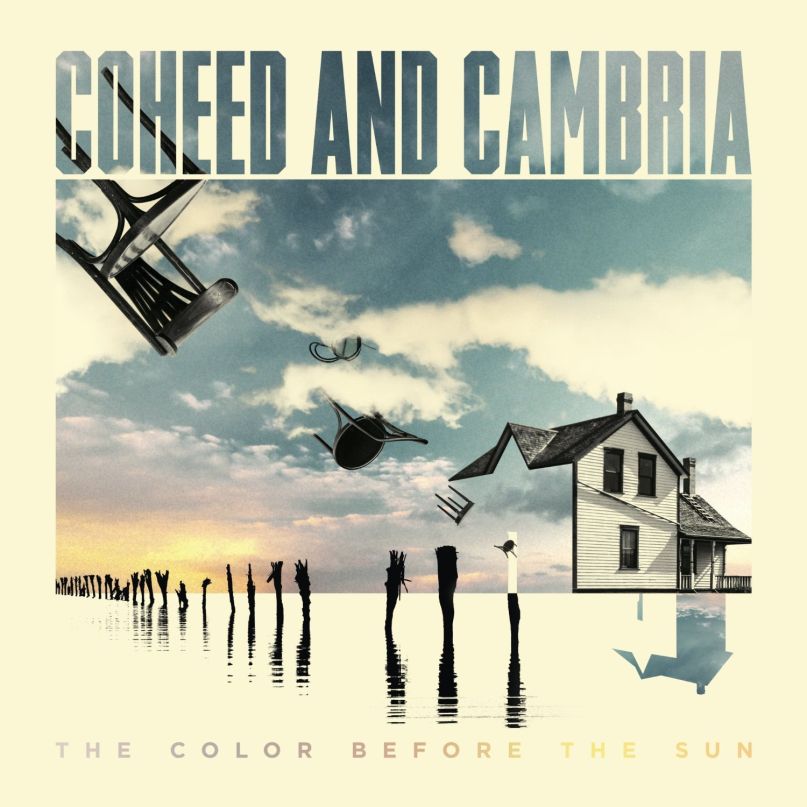 After exploring the rich, extensive science fiction saga of The Amory Wars for seven albums, prog rockers Coheed and Cambria are finally ready to make it personal. Where their previous works focused on a fantastical story created by frontman Claudio Sanchez, they lift the sci-fi curtain and shine a spotlight directly onto Sanchez with their eighth album, The Color Before the Sun. No longer hiding behind his creation (the protagonists of which gave his band their name), Sanchez is finally unafraid of how fans might react to a Coheed and Cambria record inspired by the story of Claudio Sanchez of New York rather than Coheed and Cambria Kilgannon of Heaven’s Fence. The result is a refreshingly honest, even inspirational album.

In a feature with Team Rock, Sanchez details how The Color Before the Sun was written at a crucial, transitional period in his life. Moving from the wide open spaces of upstate New York to an apartment in Brooklyn, Sanchez and his wife find themselves cramped and compacted into their new home along with the uncertainty of what lies ahead. Written during their time in this apartment, the album accurately portrays that special sense of urban claustrophobia with its tight, confrontational riffs giving way to spacious leads. The album begins with this sort of mindset on opener “Island” and moves in closer with “Eraser”, Sanchez striving for that sense of escape, even wishing for time to be turned backward so that he can live more freely. It’s that essential struggle and desire for more, so present in the post-hardcore records of this decade, that breathes life into this album.

Sanchez fights his inner conflict between escapism and acceptance throughout the record. Where “Colors” and “You Got Spirit, Kid” preach the gospel of accepting things as they are and making the best of them, “Eraser” and “Ghost” portray Sanchez with one foot out the door, wanting to be anywhere but where he is at that moment, even on the latter, where he learns he’s going to be a father. “Ghost” is a stripped-down finale to the album’s colorful first half, Sanchez whispering and bearing all to his acoustic guitar. It ends up being the most genuine song on the album, conjuring images of its writing process, Sanchez in the corner of his apartment yearning for little more than the escape of an out-of-body experience.

The next half begins, though, refreshed and vibrant with the arrival of Sanchez’s son, Atlas. Accepting things as they are, good or bad, is a nice mantra to have, but with the pressures of a wife and son at home, Sanchez finds renewed purpose in his work. While “Atlas” itself finds a comfortable post-hardcore color-by-numbers format, its honesty and sentimentality tug at the heartstrings. That formula weighs down the entire album, its predictability buoyed some by genuine emotion. The only song that truly breaks that formula, and ends up being the most interesting on the album, is the one dedicated to us all: “The Audience” is Sanchez at his most spiteful and juvenile, boasting that despite the sort of reaction that this very personal album of his and his band receives, he’ll “still be here when you’re done.” It’s from that aggression that the album pulls its most progressive and listenable moments. And while the ham-fisted push-back of “The Audience” can be somewhat off-putting, the newfound courage that lies therein from gives Sanchez a confident indifference worth praise and recognition.

On “Peace to the Mountain”, Sanchez and his family return to their house upstate, Sanchez finding closure in the acceptance of his life as it has become. The song is just as bright and inspirational as nearly everything before it, and yet, while many of the songs on The Color Before the Sun do fall into a certain post-hardcore formula that’s used over and over again throughout the album, the journey presented therein makes the difference. The decision to set The Amory Wars aside to make a more personal statement results in a surprisingly rewarding experience, likely as much for the listener as it clearly is for the band. While this sort of autobiographical songwriting can’t be found in the band’s foundation, this new freedom and genuine self-acceptance should be encouraged and even expanded upon in their future works.

Essential Tracks: “Here to Mars”, “Atlas”, and “The Audience”