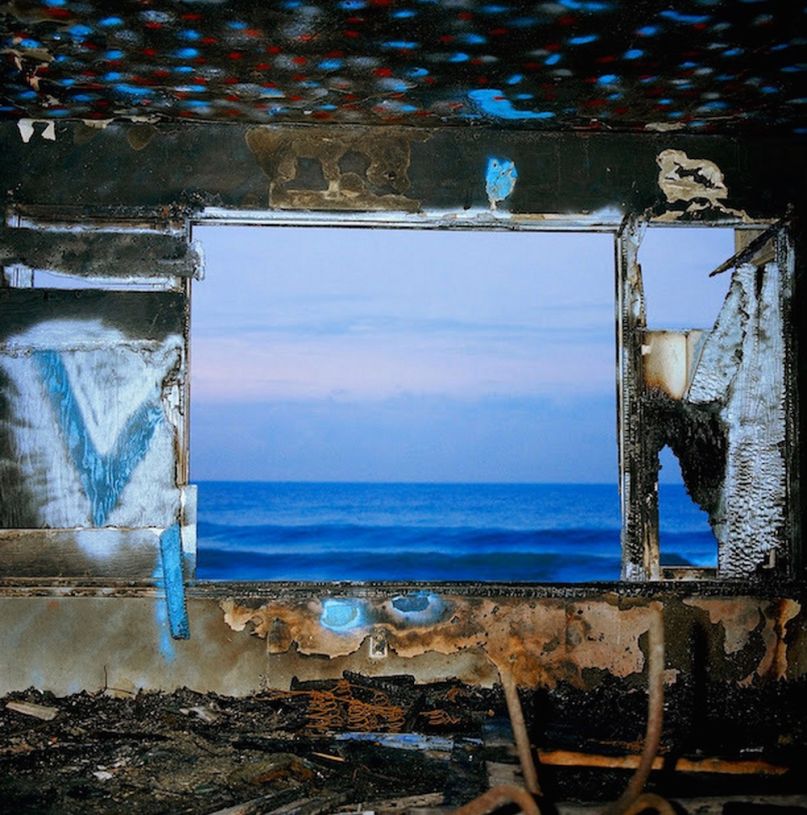 Deerhunter can be difficult to pin down, never telegraphing their punches. They proudly bear the garage rock stamp, sure, but a song like “Memory Boy”, from 2010’s spectacularly colorful Halcyon Digest, is something else entirely: noise rock converging with baroque pop. Deerhunter compositions are often prisms of psychedelic and ambient noise, but sometimes they have shoegaze tints, too. The Atlanta group, led by singer and multi-instrumentalist Bradford Cox, can forge an album as weary and brittle as 2008’s Microcastle and still create a chomping sound heap like 2013’s Monomania, the band’s biggest curveball to date.

Monomania may have been Deerhunter’s weakest album (and first without bassist Joshua Fauver) since their debut, 2005’s Turn It Up Faggot, but it was still very good, lining scuzzy waves of dream pop bliss with a disorienting film of distortion. It was a sugar rush wrapped in a migraine. Last year, Cox was hospitalized after he was hit by a car, and he’s said that the accident removed the manic urge that fueled Deerhunter’s feverish last album. Now, the band’s latest, Fading Frontier, abandons mania entirely, instead turning the garage into a shimmering noise rock fun house.

According to Cox’s recent interview with Pitchfork, the “fading frontier” in question is the music business, which the frontman described as a “‘fall of the Roman Empire’ kind of thing.” The music industry has changed dramatically since the band formed in 2001, and when he sings, “I’ve been spending too much time out on the fading frontier” on “Living My Life”, it sounds like a concession that there’s little ground left for the medium to cover. On the contrary, Fading Frontier proves Deerhunter still has quite a bit of creative juice left in the tank with their daring sonic palette. They try on all of their favorite hats, creating an indie rock kaleidoscope in the process. By the time Cox’s amplified vocals get filtered through the otherworldly synths on “Leather and Wood”, it becomes almost impossible to figure out just what form their genre-bending will take next.

Fading Frontier might not be peak Deerhunter — Halcyon Digest remains a stunningly experimental noise pop achievement for the ages — but it certainly isn’t far off. It pairs guitar riffs ranging from blistering to groovy with electronic harpsichord progressions and keyboard fills, lining them all with Cox’s distinct whine. On the single “Breaker”, a chugging rhythm and stringy riff lead directly into dissolving harmonies. On “Take Care”, the band adapts the dream pop pulse of Beach House (who, ironically, have a song called “Take Care”, too) and covers it in an ambient synth foil. The song periodically breaks and takes detours into mini jam sessions. “Duplex Planet” lines rhythm guitar riffs with existential asides: “I’m out of memory/ I’m losing shape/ After the body’s gone, the scent remains,” Cox sings, sheepishly.

This album doesn’t say much, but it’s definitely saying something, often packing lyrics into thought bubbles. It might be the first Deerhunter album with clear(ish) ideas that manifest audibly and sonically in very straightforward ways. Cox calls it “writing consciously.” There’s a conscious effort to channel positive energy here, a byproduct of the accident, and it’s warm and enveloping. You can especially hear and feel it in songs like opener “All the Same” and closer “Carrion”, which are both mellower tunes that bookend the more experimental ones, the latter replicating the slow-rolling vibe you might get from Americana music.

At nine songs and just over 36 minutes, Fading Frontier is a filler-free opus of experimental rock splendor that never lags and always intrigues. It’s pretty sharp for a noise or garage rock album with sleek bass lines and vibrant electronic add-ons. No sound is out of place or excessive, which is something that couldn’t be said for Monomania. This go-around, there’s less clutter. When it really finds balance, like on “Ad Astra”, which lets the bass walk under wailing synths and a psychedelic fog, Fading Frontier is dizzying and dazzling. On the strutting centerpiece, lead single “Snakeskin”, the group pairs two alternating but equally irresistible grooves together with huge results. It’s one more gem from a well-traveled band that’s still finding new territory to explore.