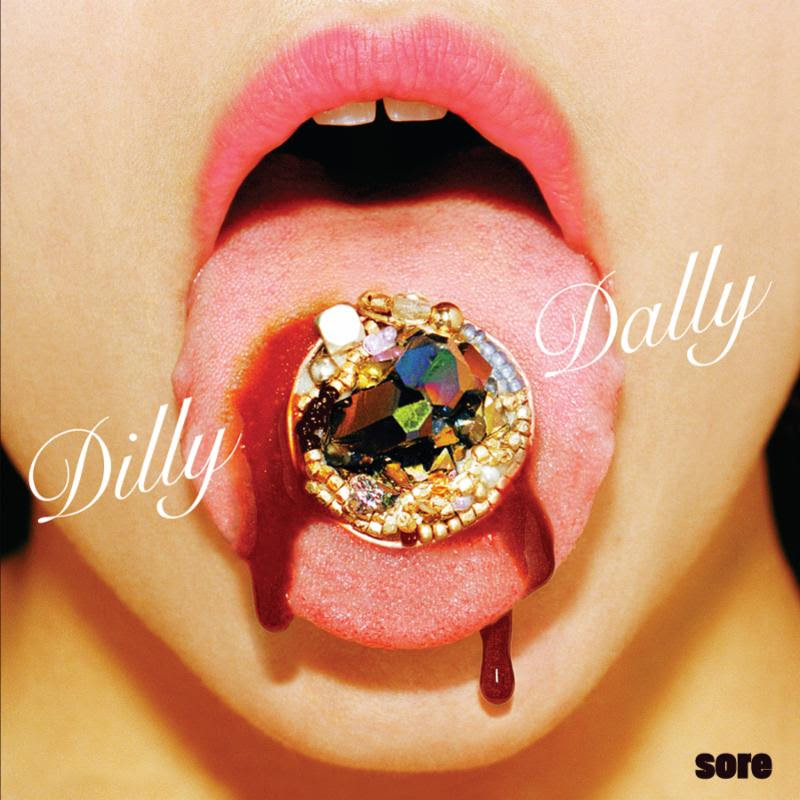 The most immediately disarming thing about Dilly Dally isn’t the hellfire guitar tone or the booming drum work. It’s Katie Monks’ voice, a scuffed-up howl descended most directly from Courtney Love but also from Layne Staley, Frank Black, Kurt Cobain — all those singers who heard the harshest grain of their voice not as a flaw but as a weapon. Monks has one hell of a snarl, and hearing her rattle it like so many rusty chains draws Dilly Dally’s debut out of the endless background noise of ‘90s revivalists and into a space where it can thrash around and feel alive.

The Toronto band’s ‘90s roots are deep, though — Hole’s DNA shines through in gutter-pop stunner “Desire”, and “Purple Rage” shows an affinity with Helium with its white-hot lead guitars and sunken snare pattern. Pixies show up for their due diligence in Dilly Dally’s bibliography, especially in the wobbling bass line of “Ballin Chain”, but Monks doesn’t seem interested in sharing too much of their wordy snark. If the hallmark of most ‘90s alt rock was its tossed-off boredom, its slacker cool, Dilly Dally splits from its forebears in ethos if not sound. This isn’t a band out to prove how little they care while still making a lot of noise; those partitions come down, and all the hurt and want and anger behind them come gushing to the forefront.

“My heart won’t heal,” Monks sings in a leaden sneer on “Get To You”. “You dare say I won’t make it … But I’m still trying.” She has a habit of curdling her words, which makes the ones that come through sharply — “still tryyyyying” — all the heavier. On Sore, she tends to get mixed the loudest, her voice careening over the restless scramble of her bandmates. Making out her words becomes something of a game, especially when she pronounces them ambiguously. The chorus of “Desire” sees her repeating the song’s title in between background screams of “this fire, this fire,” but what she howls before the bridge is anyone’s guess. Make it out for yourself and it’s yours — the meaning doesn’t rest in the text but in the way Monks rubs her vocal cords raw trying to strain the words out of herself.

Dilly Dally knows that desperation can make you feel powerful if you play it right, and for the most part Sore translates rattled nerves into fiery riffs and sharp hooks. “Snakes are coming out of my head/ And there’s blood between my legs,” Monks sings between gritted teeth on “Snake Head”, a towering menstrual Medusa who doesn’t give a shit if she grosses you out. She owns her own viscera; she’ll spill her guts for everyone to see with no hesitation, no shame. Even if Sore isn’t the most refined debut you’ll hear, even if it opts for feeling over detail, at least it’s got an attitude you’d be hard-pressed to argue with.