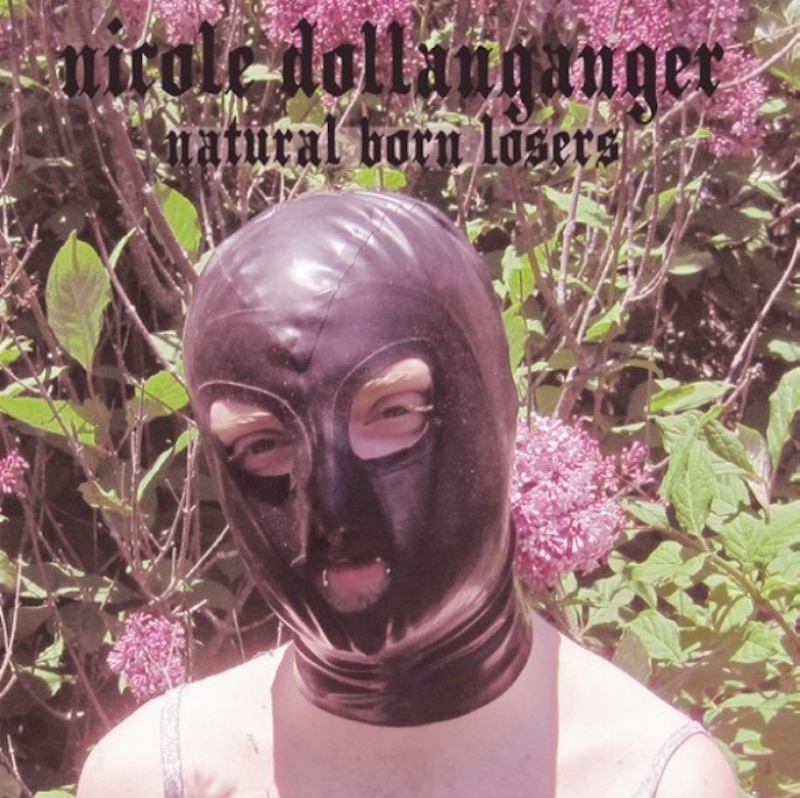 Nicole Dollanganger opens her debut studio album by shooting an angel out of the sky. She watches it bleed, hangs it to dry on her clothing line, then pins it on her wall as a trophy. She spends the next 10 songs on the record as a hunter, executioner, young bride, slave, and victim. Dollanganger lives in Canada, but crafts quintessential American tragedies throughout Natural Born Losers, weaving tales of trailer parks, sadistic cops, and high school burnouts with the specter of heaven and hell always hovering above. With little more than her soft voice and a guitar, Dollanganger tells exceptional stories, blending familiar tropes and gruesome violence on one of the most assured and striking records of the year.

Dollanganger’s record is the first to be the first released via Eerie Organization, an artist co-operative founded by Grimes. Many were surprised at the sudden signing, and some even suspected the whole project was Claire Boucher working under a pseudonym. But Dollanganger has been amassing a trove of hauntingly resonant recordings on Bandcamp for years, mostly recorded through her laptop mic.

While Grimes is the one putting her music out, Dollanganger’s style and aesthetic aligns more closely with Boucher’s recent tourmate, Lana Del Rey. Both singers explore the myths and empty promises of the American dream, holding a twisted mirror up to reality to enact Gothic fantasies. Natural Born Losers obsesses over power — not in the sense of money, but an innate toughness. Fathers teach their daughters how to be good shots, how to watch animals be butchered alive while drinking their blood, asking them to “grow up weak or grow up tough.”

Dollanganger’s Americana delves into the romantic obsession with death, going deeper than a surface scan of a world where the good die young. Her characters are raped, tortured, and murdered by men who display their high school conquests above their bed and smile as they devour the bones of their victims. But she isn’t content to use sexual violence for shock value. She wants vengeance for these victims. “Executioner” describes justice by way of lethal injection and the electric chair — “fireworks on the fourth of July” — and after bragging about her marksmanship on “Swan”, she sings, “You love the sound of sorry, even though you know I am not.” Her lack of remorse is palpable; Dollanganger fully embodies her role as an unapologetic angel of death. It’s striking how unfeeling this record can be, how deeply her detachment chills the proceedings.

At other times, Dollanganger is more sympathetic to her subjects. “White Trashing” sets a pained romance in a trailer park to a guitar riff echoing Brand New’s “Jesus”. The song features one of the album’s many moments of near-cliché with the line “all that glitters is not gold,” which would sound trite if not for its tragic undercurrent. Much of the album is built off well-worn pop culture references, from the title to the chorus of lead single “You’re So Cool”, which repurposes a classic Mae West quote as a sinister and empowering declaration.

Dollanganger excels at taking the familiar and twisting it into something obscene. She isn’t trying to reinvent the wheel, but she doesn’t have to. She’s woven an intricate tapestry of bloodshed into an astounding debut that magnifies the boldness of her songwriting.