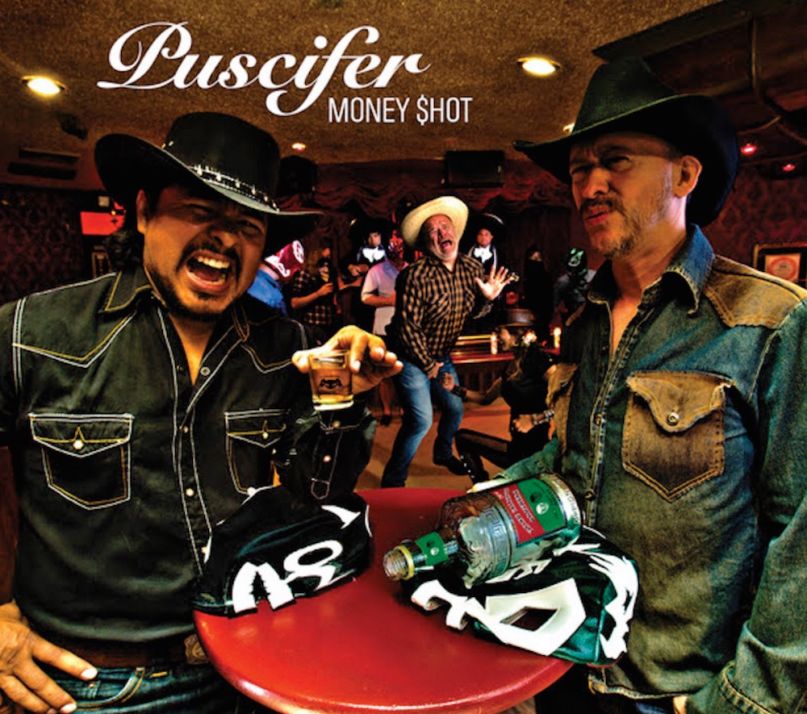 As the frontman of Tool and A Perfect Circle, Maynard James Keenan has spent his fair share of time in the spotlight. He’s a worshipped figure among the cultish fanbases of those bands, two of the most successful and commercially visible of the modern rock era; yet, he remains an enigma, a less-than-prolific recluse. Tool hasn’t released an album since 2006’s 10,000 Days, and while A Perfect Circle remains active, there are no known plans for a new album. Instead of releasing records with those bands, he turns to his personal project, Puscifer.

What started as a joke band in a Mr. Show sketch has become a source of artistic refuge for Keenan. The first Puscifer album, V is For Vagina, dropped in 2007 and was recorded in various locales while Keenan was on tour with Tool. Nobody took it too seriously, with its lyrical raunch and ridiculous title, though there was the sense that Keenan was enjoying the freedom of creating something all his own. This was a project that lent itself to both his bizarre sense of humor and musical talents, free from the pressures and expectations of his stadium-circuit rock bands.

The third Puscifer full-length, Money Shot, drops amid growing anticipation for a new Tool album, of which Keenan and co. have offered nothing but cruel teases and false hype, taunting the diehards. But that’s not to say Keenan is “lazy” and not writing new, worthy material. Rather, he’s legitimizing his side project. Puscifer’s 2011 album, Conditions of My Parole, moved away from the novelty of V is For Vagina, and Money Shot furthers that progression into more mature territories.

Opener “Galileo” is a luscious composition, building from a deep electro groove as Keenan harmonizes with vocalist Carina Round. Their duet is paced by alt industrial ambience, as guitars mingle with digitized textures and synthetic pulses. Everything about this track and its fellow ballads (“Agostina”, “The Remedy”, “Autumn”) exude class and introspection. Keenan calls the album a “culmination of all the things I’ve been exposed to and inspired by over the years,” and while Money Shot doesn’t necessarily sound like his former bands, they exist in a similar place emotionally — spacious, downbeat, and tempered. Vocally, he and Round are in fine form, carrying most of these tracks with their melodies alone.

Keenan’s absurdist humor does bleed through on occasion. The ridiculous album cover (a Puscifer tradition) misleadingly prefaces the album as a redneck country comedy, and tracks like the title cut and “Life of Brian (Apparently You Haven’t Seen)” are lighter in topic. But, overall, Keenan comes off as inspired and reflective, which is encouraging considering his best work with Tool and APC provoked similar observations. Even if his biggest fans would prefer him fronting his biggest bands, Money Shot proves that he is committed to Puscifer (enough that they are embarking on a lengthy US tour). That a major recording artist would side with his personal project and art, even if its less profitable, is a refreshing notion.