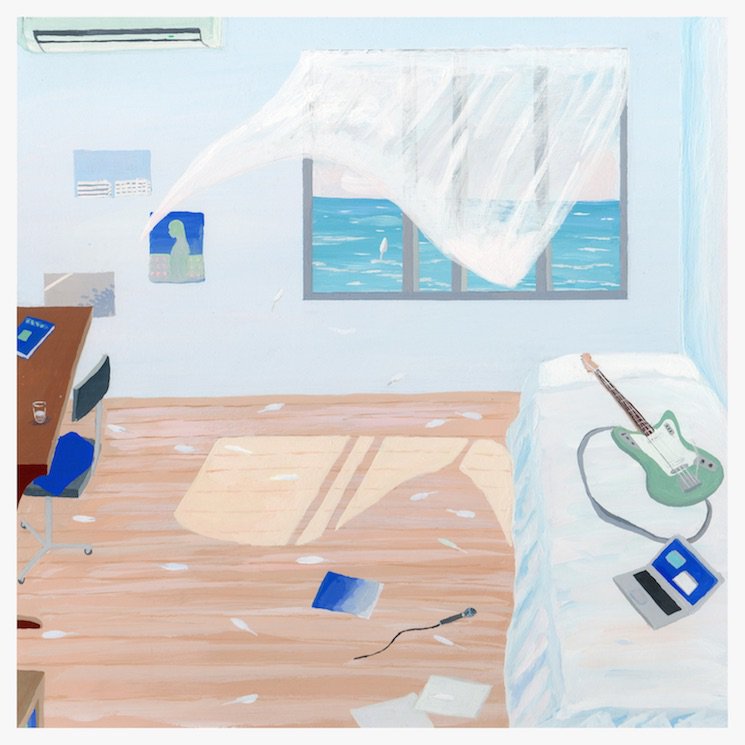 How many hours did you spend in front of the computer last week? To many, this near-constant relationship is viewed as a distraction to real-world engagements, and thus a hurdle toward emotional and interpersonal growth. That notion couldn’t be more false for Ryan Hemsworth and millions of digital natives equally shielded by distance, introversion, or socioeconomic status from the world’s biggest IRL culture hubs.

Before relocating to Toronto, Hemsworth spent his adolescence in Halifax plundering the web for anything that would capture his insatiable ear. Even as the airline miles and official remixes for the likes of Kanye West, Grimes, and Frank Ocean racked up, the search never slowed. Eventually, it led to the creation of the Soundcloud-based Secret Songs imprint. A home for friends and fellow emotive beatsmiths, Secret Songs serves as an incubator for talent outside the indie status quo, born from the vivid imaginations of under-funded and lesser-known producers. Seattle’s Lucas (born Matt Lucas) was one such recruit. Thanks in part to a mutual appreciation for late ’90s pop punk, Hemsworth and Lucas kept at their intrepid file-sharing long enough to complete the six-track EP Taking Flight.

A respected selector, Hemsworth understands how to control a room whether revelers arrive anticipating a raucous underground hip-hop set or a moodier arrangement of ambient-leaning collaborations. Often, both of those aesthetics find a moment to peak during Secret Song selections. The pace within Taking Flight, however, is less frenzied. Lucas’ impact is noticeable from the first few moments of EP opener “Angel”. His guitar melodies are subtle, but the recurring riffs emphasize the human frailty that has always existed in Hemsworth’s digital palette.

This fluid guitar/distorted vocal interplay gets time to develop across the EP’s opening two tracks. It’s not until the mid-point of “From Grace” that the harmonies are chopped-and-screwed into an East Coast club banger. That pulse never dominates the EP, or even the track, as Hemsworth and Lucas quickly calm that anxious energy with a collection of rustic found sounds.

The work of wallflowers, Hemsworth and Lucas’ collaborative production requires your intrigued patience. Like a soft-spoken acquaintance, Taking Flight invites you to lean in to capture its eloquence. The more you go back to it, the deeper the rattle of “White Light” and avian squawks of “Cherished” punctuate the dialogue. These tracks won’t steal your attention away from your daily obligations; they must be welcomed into the chaos. You’ve got to let go of tangible atmospherics and underlying stresses to accept the full impact of Taking Flight.

Hemsworth and Lucas oppose dated ideas behind electronic music, and they haven’t just turned to file-sharing and sampling as a way to avoid the struggles of collaborative song-wiring. Their process is an evolution of the punk aesthetic that brought them together. Pop punk took over a generation because it was a sound of the people and didn’t take a large financial investment to make. That same ethos holds true in the “EDM” age. Not only does Secret Songs cut through the flood of rushed Soundcloud releases and give Hemsworth a direct connection to fans and other artists, it’s a platform for all the loner producers would who rather be chilling on the couch with their pet dog than hustling the club circuit. The first extended effort released on the Secret Songs imprint, Taking Flight reinforces the sounds and production approaches of a new generation that is largely clueless to the broken models dictated by the ailing majors — and that is a promising endeavor.