The Zombies – Still Got That Hunger 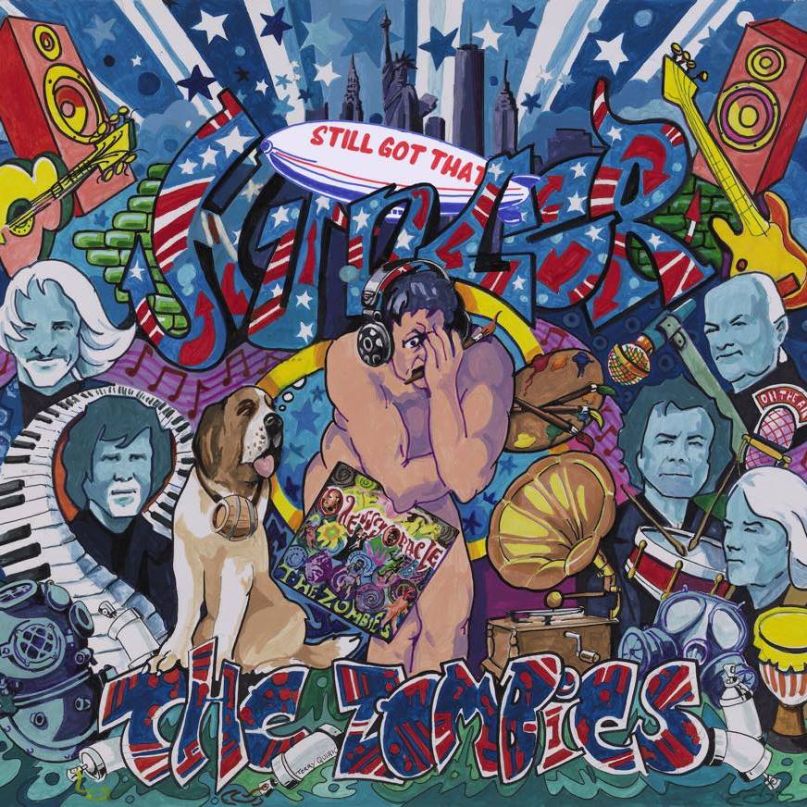 This isn’t the first time the Zombies have looped themselves back into the conversation on contemporary music. It’s not even the first time this decade. The English rock band’s new album, Still Got That Hunger, follows 2011’s Breathe Out, Breathe In, a quietly nostalgic piece that marked the band’s fourth record since originally breaking up in the late ‘60s. Still Got That Hunger is their fourth effort since the now-classic Odyssey and Oracle, the album that spawned the US smash hit “Time of the Season” seemingly by accident.

That single still hovers around classic rock radio playlists, but music nerds of a certain age might have come to the Zombies through a different route. Wes Anderson borrowed “The Way I Feel Inside” for his 2004 film The Life Aquatic with Steve Zissou, turning the love song into a surreal and broken eulogy. The Zombies’ first two albums lent themselves to that kind of reclaiming; both Odyssey and 1965’s Begin Here feel vaguely lost and dusty, but were never eccentric enough to be so firmly of their time that they’d sound dated.

Late-stage Zombies albums, Hunger included, lose some of that ambiguity. This new, crowdfunded release sounds like a classic rock band making classic rock in 2015, like veteran musicians hanging around old friends and shooting the shit about the good times. One track sentimentalizes the American city that the Zombies first played as youngsters without abandon. A giant, Who-like guitar sweep ushers in Colin Blunstone, who sings, “When I was just a young man … I stepped into your city streets/ I stepped into a dream.” He harmonizes with session singers on the word “America,” delivered as if with an exclamation point and a big grin. The song is titled “New York”, in case you needed further prodding.

Hunger groups in a rework of a track from Odyssey, the jazzy, psychedelic “I Want You Back Again”, now updated for the modern era with streaks of electric guitar and production so spit-shined you can see your reflection in it. Blunstone’s performance feels overblown if sincere, with little of the smirk that twisted his singing on the original. At least he’s having fun hamming it up.

The record’s highlight comes in the form of another re-recording, this time from Blunstone’s 2009 solo album The Ghost of You and Me. First published as a soft, gentle string ensemble piece, “Now I Know I’ll Never Get Over You” gets the full rock treatment here, putting it on par with U2’s recent output. Blunstone still sings in fine form, even if some of the cracks on his voice tend to show, and he lends a loveliness to the song that can’t quite be extinguished with a showy, superfluous piano solo.

Jam-packed with instrumental flourishes and nostalgic sentiment, Still Got That Hunger dutifully fulfills its role as a merch package to accompany the Zombies’ current tour. It’ll satisfy the crowdfunders who have already paid for it, and if it helps the band bring their classic albums to more live ears, then it has done its job. As a work on its own, though, the Zombies’ sixth studio album comes off more polite than hungry.

Essential Tracks: “Now I Know I’ll Never Get Over You”