A Chronological History of Back to the Future’s Technology

Thirty years later, we have 30 imaginative gadgets to behold 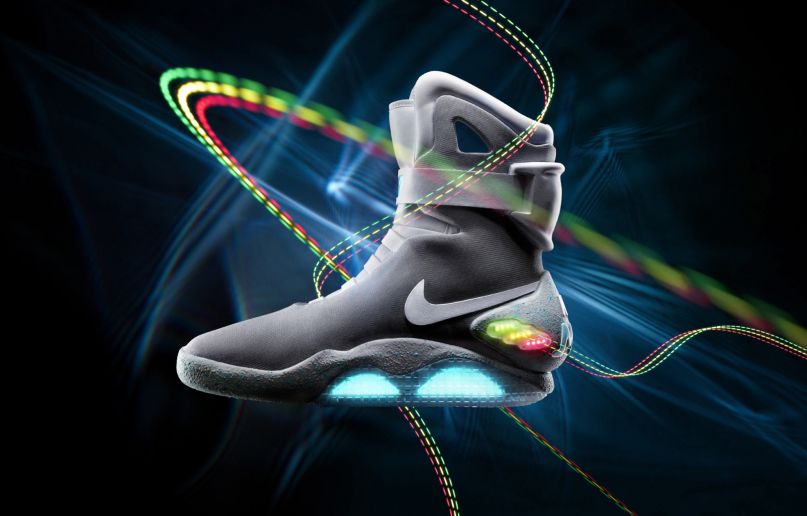 Editor’s Note: In honor of October 21st, a look at what Back to the Future got right … and wrong.

Future Week keeps on ticking. In honor of the 30th anniversary of Back to the Future, we’ll be celebrating the entire time-traveling trilogy with features throughout the week. On Monday, Senior Editor Matt Melis explored how the series’ extensive use of product placement helped make the films instant classics. Today, the film staff takes an exhaustive look at the trilogy’s inventive technology and tries to connect them to reality.

When you scrape away all the heart and soul out of the Back to the Future trilogy, and there’s a lot of that tasty, gooey stuff, you’re left with a shiny heap of ingenuity. Director Robert Zemeckis, screenwriter Bob Gale, and production designers Lawrence G. Paull and Rick Carter really connected together to carve out a vision of the future that was both marvelous and accurate. What’s more, they had to convince their audiences that Doctor Emmett Brown was not only a brilliant man of purpose but an unprecedented genius.

Most would agree they succeeded on all counts. Together, the three films sparkle from a bold concoction of magic and science that never looks too hokey or out of touch. And here we are, 30 breezy years later, already playing with some of the toys that were once considered impossible or out of reach. It’s puzzling, to say the least, that so much time has gone by, yet even more mind-blowing at how accurate Zemeckis and co. were back in the late ’80s. One might even argue they did a little time traveling themselves.

It’s time for you to do the same. That’s why we’ve assembled this chronological history of all the technology seen in the Back to the Future universe — from archaic ice machines to automated dog walkers! Mind you, we skipped the gadgets and wizardry of the Telltale Game from a few years back, and also left out whatever popped up in the ’90s animated series. Instead, we focused on the silver screen trinkets that so many fans have pined for over the past few decades. So, get your time circuit on and your flux capacitor fluxing….