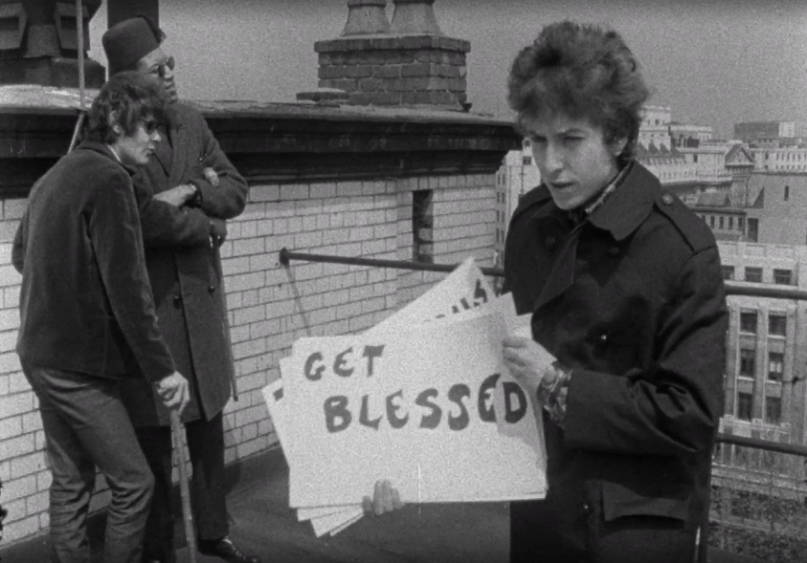 On November 6th, Bob Dylan will continue his long-running Bootleg Series by focusing on one of the most prolific and iconic eras in his career. The Cutting Edge 1965–1966: The Bootleg Series Vol. 12 collects every single song the Bard recorded during the sessions that produced Bringing It All Back Home, Highway 61 Revisited and Blonde on Blonde.

The exhaustive six-CD collection features a number of never-before-heard versions of some classic tracks, including an entire disc of just “Like a Rolling Stone” takes, and two extremely different runs at “Subterranean Homesick Blues”. One of those versions, an acoustic demo, was released on the first Bootleg Series, while the other is a pre-single electric version. Today, Dylan is for the first time sharing a new listen to the classic track by blending all three takes.

This newly unearthed take is actually a blend of different takes, halfway between the renowned single and the acoustic demo you may have heard. Dylan’s own vocals sit higher in the mix, the tongue-tying lyrics clearer than ever. Dylan opens the track alone on guitar, but as soon as the first harmonic solo finishes, the rest of the band comes in. Even then, there are differences, notably in the piano notes and again in the harmonica solos. It even dips back into acoustics about three-fourths of the way in. In essence, you are hearing the evolution of “Subterranean Homesick Blues” all at once.

The previously unheard audio comes accompanied by some previously unseen video, as well. Many are familiar with D. A. Pennebaker’s promotional clip (a forerunner to the music videos of today), in which Dylan drops cue cards with the song’s lyrics written on them. However, the alleyway scene was not the only version of the clip that was shot. In this new cut, we see parts of two other scenes — in a park and atop a roof — with additional background cameos in each. Check it out below.