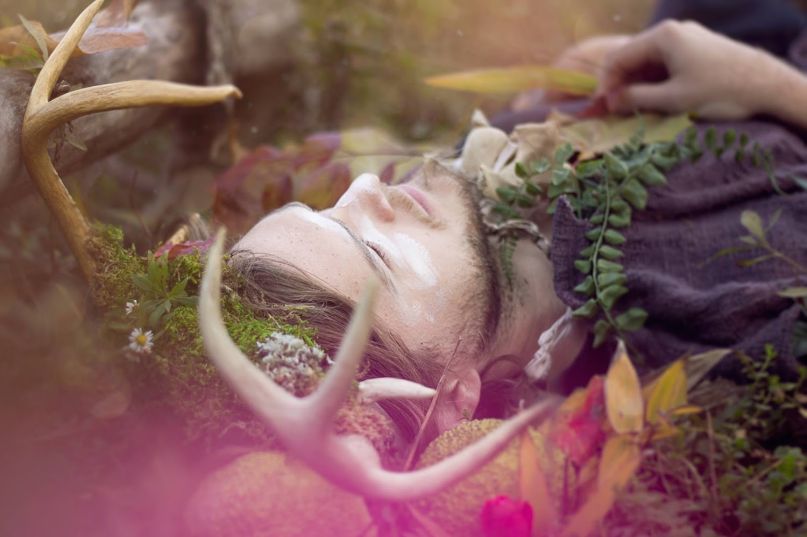 Wisconsin songwriter John Paul Roney, aka Boom Forest, lives in his head perhaps more than most musicians. As part of his Boom Forest project, Roney records and performs on stage as a character named John Rayne, a “techno-evangelist bard from a post-apocalyptic American future,” with hopes to transport his listeners to an “alternate reality, even if only for an hour.” To reiterate: Roney is Boom Forest, and Boom Forest is also Rayne — indeed, the whole thing’s got an inner mind, Inception-like complexity to it.

The surreal nature of Roney’s Boom Forest can also be felt in the music itself, a style of experimental folk that’s both idyllic and futuristic, filled with earthy tones yet speckled with alien-like bleeps and swooshes. Case in point: “Stay”, the latest track off Boom Forest’s upcoming sophomore LP, Post Knight Errant.

Comprised of many moving parts, disparate and similar, it’s a fantastical number led by a whirlwind of overlapping vocals. Roney is hardly alone in this second universe; joining him on the song is none other than special guest Adam Duritz of the Counting Crows.

In a statement to Consequence of Sound, Roney explains the introspective brainwork that went into the track’s creation. “Stay was part of a group of oddball songs that I normally would have cut from a record,” he says, “but then I stopped editing what I was saying and started spending my energy translating what I was saying as clearly as I could. Everyone can finally hear the nonsense going through my head all the time.”