After his split from Death Cab for Cutie, the producer dives into his work behind the scenes 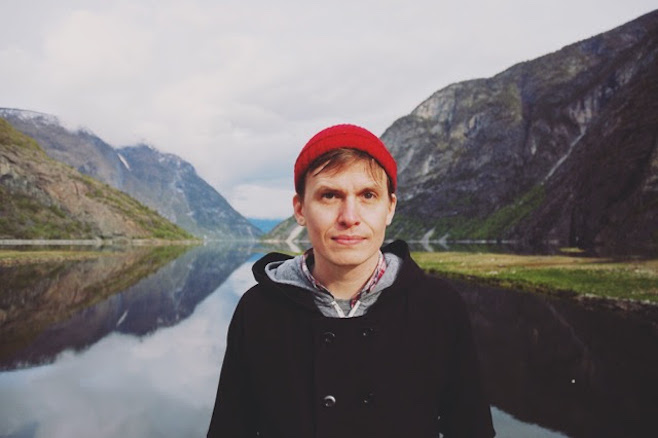 For Chris Walla, working as the producer of Death Cab for Cutie’s first seven records was a “fact-finding mission.” Initially tapped to produce the band’s debut record, Something About Airplanes, out of necessity and as a symptom of the Pacific Northwest’s music scene in the wake of the grunge explosion, Walla would go on to produce every Death Cab record through Codes and Keys before finally choosing to part ways with the band in August of 2014. Walla’s production efforts weren’t limited to his own band, though; he’s produced albums for The Decemberists, Tegan and Sara, The Thermals, Mates of State, Nada Surf, and many others.

If there is anything that unifies Walla’s adventures as a producer, it is his compassion and reverence for the music he is helping to shape. As he explains, “The root word of producer is ‘product.’ You’re there to make a product. In that sense, the term is very rooted in the embryonic phase of the music industry. George Martin was a fantastic record producer, but his goal and his role with The Beatles was to take their increasingly maddening esotericism and just get it out of a speaker off a record on the other end. Whatever the path is from here to there is the path we take.”

Asked to describe his style behind the console, Walla says he is fond of the adage “the first rule of record production is to do no harm.” He is quick to add that he doesn’t believe he always succeeds in adhering to this philosophy. “I think it’s really easy to miscalculate the route between where a band is and what a band wants. My style as a producer, inasmuch as I have one, is to try and find that path.” In some cases, that path has taken him into the studio with a band surging with energy, as he found during the recording sessions for The Decemberists’ Picaresque. In other cases, he enters the process with a band at a creative crossroads, as was the case with Tegan and Sara and The Con.

Walla has touched a lot of incredible music in nearly two decades of work behind the console. Ask him about his inspirations, and he offers up Brian Eno and Steve Albini, two men he concedes have very little in common other than their talent. “I think both professionally and creatively, they are people who have a ton of respect for the artist they work with and respect their respective corners of the craft,” he says. “They are both really creative in very different ways. Each of them have a really interesting sort of moral political center and approach to their work, like a kind of underlying philosophy that I really react to and that I really enjoy, and that really comes out in their respective records, even though they couldn’t be less like one another as two people who ostensibly have the same job.”

Walla just put out a record of his own, the six-song Tape Loops — his first instrumental offering. “Tape Loops started almost exactly at the moment I told Death Cab for Cutie after three weeks of recording that I probably shouldn’t be the person producing [Kintsugi] and that it was finally time to find an outside producer after seven albums,” he explains. “That was long before I had decided to leave the band. I guess that was November 2013, almost two years ago. It was kind of a crisis of confidence, because the stuff we were working on at that point, I think some of it was working pretty well, but it didn’t feel like that was a unanimous feeling in the band. I think there was a lot of skepticism about where we were headed, so Tape Loops, I think I actually started it that same day. We already had the time booked, and everybody kind of was like, ‘Oh well, alright, well we’ll figure out how to move on from here’. Everybody kind of grabbed their stuff and moved out over the course of a couple of hours, and then I was still at the studio, and I was pretty bummed out, and I had this feeling that was something like, ‘Am I any good at this? What do I do? What do I do?’”

The answer is six instrumental, ethereal tracks, meditative and calming, music Walla describes as a mix of “razor blades, tape loops, acoustic instruments, and state-of-the-art 1974 music making.” Walla says Tape Loops is “a purer expression of self than anything I’ve been a part of.” An album begun in the immediate wake of his departure from Death Cab, its release marks an excellent moment to wander backwards down the path Walla’s taken and explore exactly what it is to be a producer in music’s modern age.