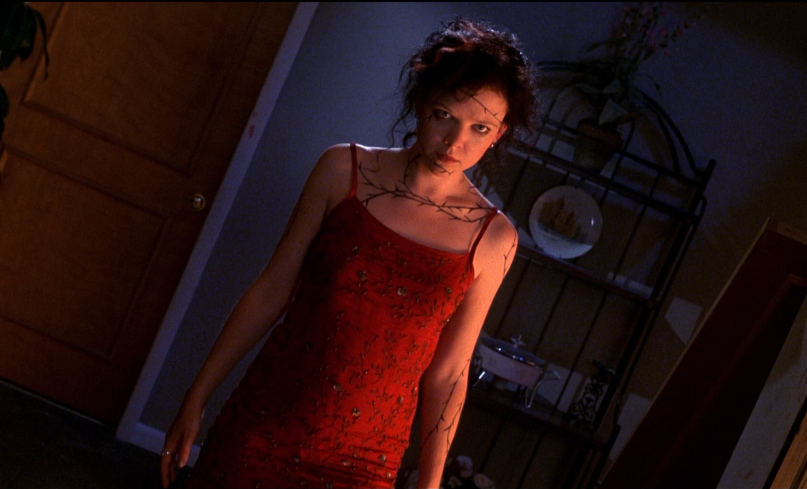 Our celebration of Stephen King continues. You’ve read about cinematic universes, the many minds of the prolific author, and why there’s always room for improvement. Now, Dominick Suzanne-Mayer digs through the garbage to find what happens when King’s work gets stretched beyond its limitations. Read ahead and stay tuned for tomorrow’s festivities, which includes his top film adaptations and an immersive screening of Brian De Palma’s Carrie at Chicago’s Music Box Theatre. Grab your tickets here.

The rapid ascent of streaming apps like Netflix and Amazon Prime can be directly correlated with the decline of bargain bins, those age-old repositories where forgotten would-be blockbusters mingled with direct-to-DVD sequels and D-list cash-ins designed to parallel box office bombshells. They used to cap every aisle in the Wal-Marts and Targets of yesteryear, but these days you’ll find them mostly in prairieland truck stops and struggling video stores. As many of us here at CoS spent more than a few Friday nights hunched over those bins, we decided to scour the Earth for those remaining few. What lies within? Who are they meant for? Are they any good? Welcome to Dumpster Diving.

Alright, so just this once we’re cheating on the conceit of Dumpster Diving just a tad. Despite making an actual effort to go out and find a copy of this that I could leave on the living room coffee table as a guaranteed, can’t-miss hot conversation starter, all was for naught. So, this rewatch was accomplished piecemeal on YouTube. And not the paid YouTube, either. The working man’s YouTube. The one with all the movies in 14 parts and the fetish videos that pretend they aren’t fetish videos. That YouTube.

Plus, c’mon. Like this movie isn’t sitting in a Walgreens somewhere next to Book of Shadows: Blair Witch 2.

Twenty-three years after the events of the Brian De Palma Carrie, teenagers are still mean. Meaner, in fact, what with their many-pocketed pants and hidden cameras. It’s a hard world in which to be a teenager, especially for Rachel (Emily Bergl). Early on, it gets worse when her friend Lisa (Mena Suvari) commits suicide by jumping off the roof of their school as a result of a cruel football player prank. There’s a points-based sex game going on, one in which Lisa was unwittingly involved by Eric (Zachary Ty Bryan), and when Rachel attempts to expose it to the police, she’s threatened down by seemingly everybody in school.

Rachel has far bigger problems to deal with, though, chief among them the burgeoning development of her own telekinetic powers, noticed by Sue Snell (Amy Irving, reprising her role from the first film), the only survivor of the original Carrie attacks. School violence and a couple hamfisted connections to the original film ensue.

Mena Suvari. Jason London as Jesse, the more sensitive athletic type with whom Rachel becomes enamored. Eddie Kaye Thomas as “the friend.” You haven’t entered a time warp for this murderer’s row of promiment late-‘90s onscreen presences, do not be alarmed. By far the most asynchronous choice is Irving, who’s now a guidance counselor at Rachel’s school and ends up proving deeply ill-equipped to handle more or less the exact same situation she was in decades prior, except with the senior prom traded out for a house party with some of modern cinema’s most dated furnishings. Quick aside: Why did we decide, as a culture, that in the new millennium everything would be made of neon-tinted plastic and no two pieces of clothing would match? It boggles the mind.

Bergl is a through-and-through throwback to the “counterculture” fashions of the time, which is to say that she’s dressed in a manner other than the “background extra of Zenon: Girl of the 21st Century” style surrounding her on all sides. She’s also an affectless lead next to Sissy Spacek, which would be an unfair comparison if the film didn’t spend as much time as it does trying to draw audiences’ attention to another, better film that came out nearly a quarter-century prior.

Journey to the Bargain Bin:

The film was originally titled Carrie 2: Say You’re Sorry, which is not only the best video game title of that era that never was, but would’ve somehow doubled down even harder than the film itself on the high-school-as-Korn-song aesthetic on hand. Not much else exists beyond that, but The Rage is based on a 1993 incident of similar nature, involving a group of high school boys whose sexual conquests became a ranked contest. It’s a sad story, to be sure, but also one the film doesn’t really do justice. And couldn’t; director Katt Shea wasn’t even the first filmmaker hired for the job, and had to reassemble some of the film that had already been shot after being brought on.

Why it remains in the bin:

It’s telling that, despite being a direct sequel, The Rage is more commonly packaged with the 2002 made-for-TV take on Carrie than with its predecessor. That’s because … well, it’s not good. From the dated soundtrack (Fear Factory! Type O Negative!) to the cartoonishly exaggerated performances, there’s none of the De Palma camp that makes the original both an eminently watchable bit of ‘70s teen horror cheese and at times a genuinely chilling spectacle. If anything, it’s the opposite: The Rage is played aggressively straight at all turns, and while the subject matter is grave enough to justify it, it also renders the film’s inevitable climactic bloodbath as a truly nasty piece of work, and not in a particularly good way.

Also, when Rachel gives herself over to The Rage in full, she gets henna tattoos on her face for some reason. Honestly, I could stop there and you’d know what you need to know.

Also, further: Zachary Ty Bryan is a primary antagonist. Sadly, at no point is there an allusion to his father’s maintenance TV money being the source of his entitlement and cruelty. But headcanon is headcanon, so be sure to include The Rage in any and all future Home Improvement histories, please and thank you.

As a relic of a very specific time in American pop culture, it’s a side artifact, but little else is really offered. The structural similarities to Carrie are so blatantly overpronounced that the film never distinguishes itself in any lasting or meaningful way. And as its own film, The Rage is hilariously overblown. There’s the germ of a haunting idea here, when the thesis of the film seems to be something along the lines of “be nice to the weird goth kids, because you don’t know which of them are murderous.” It’s especially chilling when you put the film in context of its time; The Rage hit theaters barely a month before the Columbine shootings made teen violence a regular part of American life.

But what the film fundamentally misunderstands, in much the same way as the 2013 Carrie reboot, is that the film-ending bloodbath isn’t supposed to be a pleasurable viewing experience. The tragedy of De Palma’s film (and a pretty huge component of its enduring appeal) is that Carrie’s repressed anger tears its way out of her at the exact second that everybody in school seems to finally understand how victimized she really is. Sure, it’s left to interpretation whether or not she’s actually being laughed at, but much of the crowd looks mortified.

By contrast, and while the idea of reparatory violence for large-scale slut shaming probably calls for a better film than this one, The Rage is really just a dull slog through allusions to the first film and stock teen villainy until it finally gets to the nasty stuff, which it pores over in no small detail. The Rage calls for its audience to cheer on the telekinetic girl who can finally murder all the preppy types in school, and it’s a nasty bit of cinema for it. Especially when so much popular culture of the time was humming the same tune.