Film Review: Our Brand is Crisis 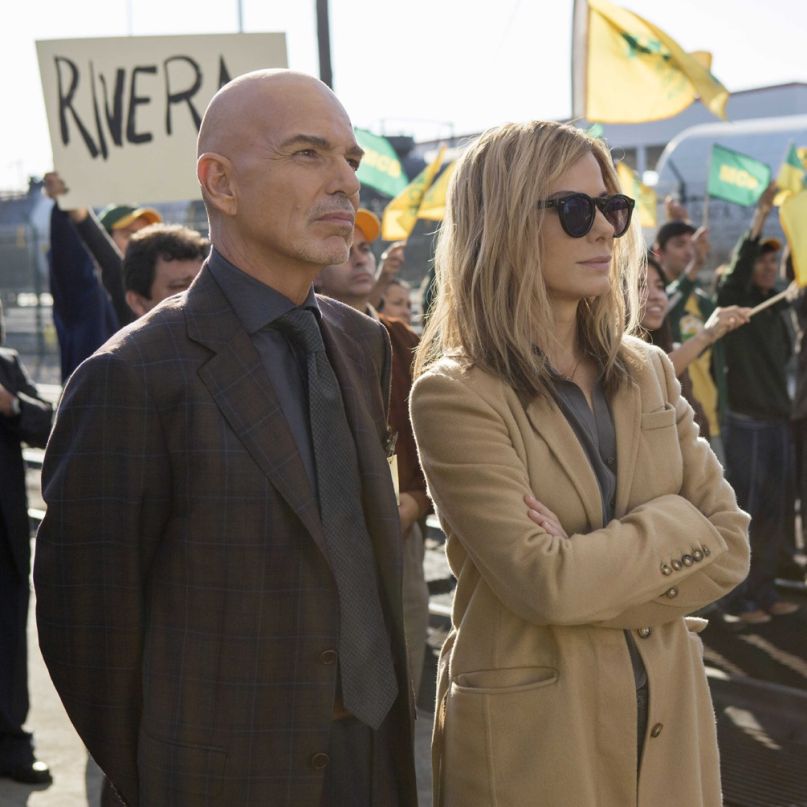 But here’s the pitch: it’s all happening in Bolivia this time.

That is to say that David Gordon Green’s political dramedy is at least unique, and at times quite amusing, but goodness does everyone involved struggle with the material. Not to go all Barney Frank here, but Our Brand is Crisis often just reads cynically. Just look at that title.

Sandra Bullock is “Calamity” (come on) Jane Bodine, a retired political strategist brought in to help defibrillate an ailing Bolivian presidential campaign. Instead of opting for a cultural immersion experience, or the white savior trope, Our Brand is Crisis aims for something a little easier: a battle of spin doctors. Bodine’s sitting-duck candidate is facing off with a grassroots honcho, while Bodine takes on an old rival, Pat Candy (Billy Bob Thornton doing his casual asshole routine, well). Candy’s a perfect architect for the opposition, and for Bodine, this time it’s personal. Put that slogan on the movie’s ad button.

Our Brand is Crisis becomes a harried battle of wits between Bodine and Candy, with a littering of kooky side characters and late-in-the-game dogma about how politics is nothing more than a game of veneers. Did you know that making politics is about ego, and in the end it’s the little people who get hurt? Duh. Go watch Broderick Crawford in the Best Picture winner All The King’s Men, it’s much more fun. And Crawford barks something wild. Bullock just marble-mouths Sun Tzu and Warren Beatty quotes, unsure of how to really sell them despite her character’s reputation as a master marketer.

The film races along, constantly in search of a tone, but Green rubber-bands so hard between farce and satire and guilt-ridden pleas for ethical conduct that the film eventually breaks.

At one point there’s a choppy bus race between candidates (slick metaphor) complete with mooning and middle-finger reveries, and it’s just silly stuff. In another moment, Bodine’s candidate is stepping off the bus to sate the proletariat and have #meaningful conversations about the state of Bolivia. Each scene is of interest. Every scene is, really. Yet few things work because of the constant throttle, and Green never allowing a scene to sit.

Crisis is an adaptation of a 2005 documentary of the same name by Rachel Boynton, and what a subject. Assigning American political tactics to a Bolivian presidential campaign is fascinating and trenchant, like something that maybe shouldn’t have been re-hashed into a star studio vehicle full of one-liners. But here we are, with Sandra Bullock downing shots and fashioning sling shots from bras.

It’s no wonder Peter Straughn’s script made the 2008 Black List. Our Brand is Crisis has a high-concept logline, and is seemingly marketable. It has all the heft of House of Cards, meaning that Straughn has very little to say about the system other than “it’s dirty,” and rife with cheating, and based upon one’s breaking point in the ugly handshake game. That’s it? Give viewers a real argument, a real stake in the matters at hand. Our Brand is Crisis aims to take down hollowed communications, and as such, nary an actual issue or salient argument is to be found. It’s okay to have an opinion. Crisis’s alternative party, above-it-all condemnation just comes across as smug, or lazy. Llama jokes and commercial critiques are funny and all, but not really all that incisive or daring.

If Our Brand Is Crisis were a person, it’d be a grinning politician, an empty-promise glad-hander with a nifty slogan. Or worse, it’s the person who had a bad experience at a bar or family outing discussing politics, and is so scarred that it’s all platitudes from here on out. Because like, Bolivia and America, what’s the difference, you know?