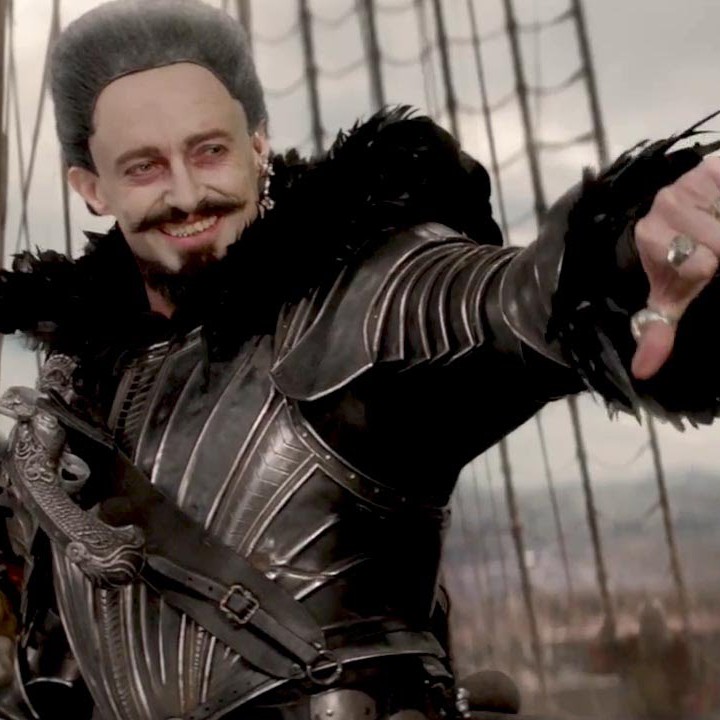 We live in the age of origin stories now. The source of this really depends on who you ask; for some, it’s the proliferation of superhero movies that spurred on studios’ interest in going back to the roots of popular characters. Others may say that it’s a general phobia on the part of creators or audiences or both to take in new and original stories, instead preferring to hedge their bets on something familiar to them told anew.

Whatever it is, here’s Pan, the grittier, overexposed origin tale of how Peter Pan came to be Peter Pan that aims to tap into the boundless market of viewers who like when everything is explained in painstaking detail as it relates to a fantastic universe where children can fly and fairies are the key to eternal life. Woe for the alternate timeline where gritty remakes ended with Batman’s voice dropping an octave, but then that’s a bit of a digression.

Before the film gets around to anything resembling the Pan tale most know, there’s a preamble framing Peter (Levi Miller) as a young boy living in a London orphanage during World War II. There, he and his best friend get into all kinds of trouble as the rapscallions scorned by the orphanage’s Mother Superior, as bombs fall around them. One night, convinced that the children who leave the orphanage aren’t just being adopted during wartime, Peter stays up long enough to see pirates dropping in through the skylights and abducting kids in their sleep.

He ends up among the claimed, lands aboard a flying pirate ship, and is whisked away to a version of Neverland full of child slaves digging for fairy ore in mines, all overseen by the nefarious Blackbeard (Hugh Jackman, incorrigibly over-the-top). Soon it’s up to Peter to not only stop Blackbeard, but to potentially fulfill a native Neverland prophecy about a young warrior who would return to liberate the land’s original inhabitants from their aggressors. Oh, and Hook (Garrett Hedlund) is there, but he’s not Hook yet.

In this version of the Pan tale, Neverland is a largely strip-mined wasteland that Blackbeard operates on his eternal quest to find enough fairy dust in its crystalline form to live forever, and that’s as good a place as any to jump into why Joe Wright’s film is an aesthetically pleasing but uneven tangle of frequent endangerment, in-joke references, and universe-building ideas that the film passes over far too quickly for any to register in any meaningful way. It’s a darker version of the story, but one that foregrounds what past retellings (and the source tale, as it were) have always carried as a dark blot: the idea of immortality as being abnormal, even corruptive over time.

While the film’s utter excess in every conceivable direction keeps the film moving briskly enough, it’s at the expense of any kind of resonance or nuance. And little is helped by Wright’s decision to continuously triple-down on anything happening onscreen for nearly two straight hours. It’s not enough for Peter to have a wartime origin story; his mother left him at the orphanage before disappearing into the shadows, while leaving a cryptic letter suggesting that Peter can still find her, wherever she’s gone. It’s not enough for a pirate ship to whisk Peter into the heavens; it does a few barrel rolls and briefly carries him through a world where oceans exist in bubbles with entire contained ecosystems. It’s not enough to linger on the image of a pirate-owned child mine; the kids are forced to sing “Smells Like Teen Spirit” and “Blitzkrieg Bop” for Blackbeard’s amusement. (To be fair, the last bit is one of Wright’s more successful, inspired bits throughout. They are few, and most of the others tie into the admittedly gimmicky 3D presentation.)

The film’s overabundance of ideas and lights and colors carries over to the performances, which range from charming to grating, sometimes in the same scene and often with the same actors. Jackman’s Blackbeard is played to the back seats and out onto the street, as a vamping hybrid of Jack Sparrow and his own Jean Valjean; it’s an unseemly thing, but then that’s by design, and Jackman’s clearly in his element. For the controversy surrounding the casting decision (not likely to be diminished by the number of times the film throws around “savages,” and yes, we know, it’s in the other versions too), Rooney Mara makes for a fine modern Tiger Lily, more assured than anybody else nearby and the closest to finding the right notes between the Katniss type she’s asked to play and the whimsy the film primarily struggles to tease out.

Miller is mostly fine as Peter; it’s a performance that’s asked to carry the vast majority of the film, and he’s up to the task, even if some of the film’s CGI (particularly in the climactic, destruction-heavy battle all Hollywood films are now mandated to include) hilariously renders him a dead ringer for a Super Saiyan on occasion. And Hedlund turns in a deeply, deeply weird bit of character acting as a James Hook who still has both hands and delivers his lines as though he’s performing in a self-aware parody of a Saturday morning serial from the ‘50s. Incidentally, if you think that Pan is able to resist the urge to continuously reference its existence as another iteration of Peter Pan for the odd laugh of recognition, well, it’s not. Half of Hook’s presence in the film is devoted to the pursuit.

While Pan’s origin story is really just a hodgepodge of modern “special child” tropes loosely fitted into the skeleton of J.M. Barrie’s tale, at around the point Peter and Tiger Lily reach the land of the natives it emerges that Wright’s Pan is less interested in any kind of commentary about what it is to mature in a vicious world than it is in making sure that no more than five or so unbroken seconds have to go by without something else popping out of the background or exploding into a ball of neon smoke. (It’s one way to obscure the nonstop, cacophonous battle violence of the film’s later scenes, at any rate.) But then, brooding darkness is the preferred mode for the time being, so it stands to reason that even our fantasies of other worlds now involve them being demolished in the eternal battle of good versus evil. This Pan won’t linger, but for the many things it can be faulted over, it’s just a product of its era.