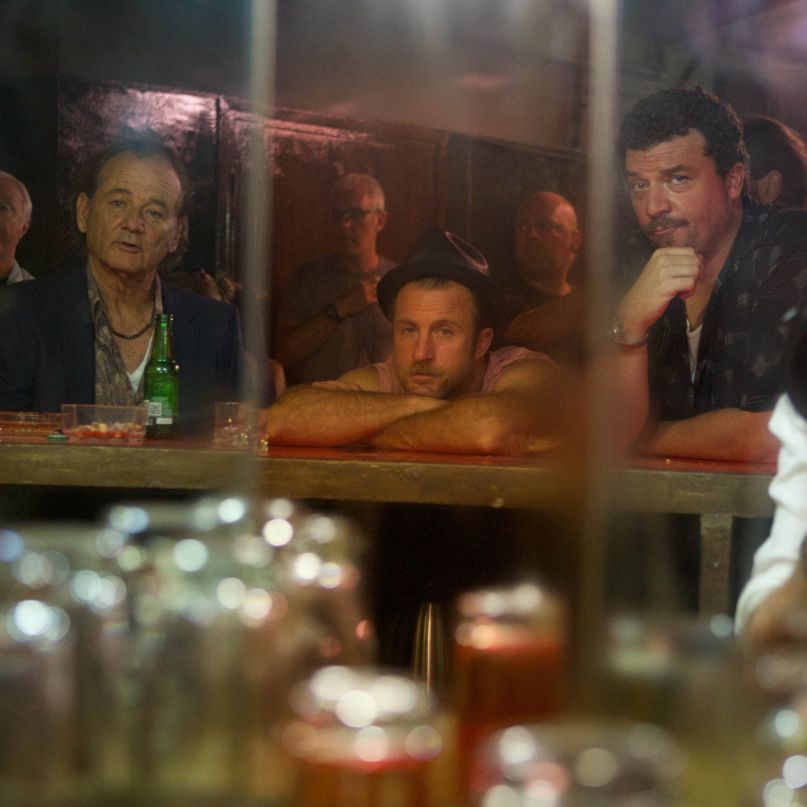 If there’s a light to be found in a dark place, leave it to Barry Levinson to uncover it. Over the past 45 years, the Baltimore, Maryland filmmaker has managed to squeeze a few laughs into an alley of unlikely places. He dropped Robin Williams into Southeast Asia (Good Morning, Vietnam!), slotted an autistic Dustin Hoffman against a frustrated Tom Cruise (Rain Man), and relocated the White House to Hollywood for one of the ’90s sharpest political comedies (Wag the Dog). Lately, however, he’s had a sour run; the ideas are there, but the execution … not so much. We’ve seen an unhealthy mix of good (Bandits, You Don’t Know Jack), bad (Man of the Year, The Bay), and ugly (Envy, What Just Happened) with no real greatness. In other words, there’s been zero indication that this is the same guy responsible for iconic classics like Diner, The Natural, or Avalon.

His latest feature, Rock the Kasbah, doesn’t exactly improve upon that situation, but his heart’s at least in the right place. Bill Murray stars as Richie Lanz, a loser rock manager with ties to nobody despite an endless barrage of ludicrous and outlandish anecdotes. A relic from the ’70s, Lanz operates out of a shithole motel in Van Nuys, California, where he books gigs at bar mitzfahs for his clientele, one of whom has become his ill-tempered assistant (Zooey Deschanel). Upon discovering he can make some bucks by schilling his talent across Afghanistan for a USO tour, he takes the Meredith Brooks-singing Deschanel to Kabul, only to be stranded when she skips town with his wallet and passport. This forces Lanz on a Dante-esque journey deep into the Muslim world, one that fatefully connects him with his greatest client yet — a young Pashtun girl with a divine voice.

Based on the true life story of Hameed Sakhizada, a former contestant on Afghan Star who outraged the conservative Muslim community in 2007 by singing and dancing on stage, the film half-heartedly attempts to champion women’s rights across Afghanistan. The problem is that screenwriter Mitch Glazer only seems interested in writing about his longtime friend Murray (more on that in a second), relegating his supporting characters — which naturally includes the Pashtun singer Salima Khan (Leem Lubany) — to ancillary roles whose existence are perfunctory at best. This move also stunningly undervalues its muscular cast that includes Bruce Willis, Kate Hudson, Danny McBride, and Scott Caan. Glazer tries to thread in a few clever one-liners for each star, and succeeds at times, but nobody can move past the scripted and stilted dialogue.

Not even Murray gets away clean. Glazer paints Lanz as an adrenalized Bill Murray Internet meme, one who sings at predictably erratic levels and parties loose, which is odd since he has such a storied history with the writer. The two met decades ago at Saturday Night Live and Glazer was partly responsible for Scrooged, which, of course, delivered the best holiday grump, Frank Cross. “Writing for Bill is something I treasure,” he admits in a press release for Rock the Kasbah. “We laugh at the same things and see the world in similar ways. I can hear his voice in my head, for good or ill. In writing this movie, I got a chance to celebrate almost everything he can do.” Here’s the thing, though: Murray isn’t the same actor he was 25 or 30 years ago, and while Glazer helped produce Lost in Translation, he clearly wasn’t taking notes — at least if this script is any indication.

There just isn’t much energy to the proceedings, no matter how many Deep Purple or Steve Winwood songs Murray happens to sing. Everything feels so cliched and forced and uninspiring. It also doesn’t help that Levinson floods the film with on-the-nose rock ‘n’ roll moments: a convoy rolls through the chaotic streets of Afghanistan blasting Kid Rock’s “Bawitdaba”, warlords descend upon a small village as Bob Dylan croons “Knockin’ On Heaven’s Door”, and Harry Nillson’s “Jump Into Fire” echoes throughout a dilapidated hotel when Murray discovers he’s been robbed blind. Halfway through, Lanz discovers Khan in a cave singing Yusuf Islam songs, which is admittedly just as obvious, but the songs are actually used to clever effect. If only someone in the editing bay could have made her Afghan Star appearance less Ashlee Simpson and more Florence Welch.

Once again, Levinson finds himself surrounded by talent and a few yards away from the bullseye. Rock the Kasbah should have been the smart fish-out-of-water comedy it wants to be, but like its hapless lead, the film suffers from an exhaustive identity crisis. This is an uncomfortable position that should be all too familiar for Levinson, who has consistently struggled in his post-9/11 work to find the right mix between politics and humor. And not surprisingly, Kasbah never wrinkles out its speeches after wrenching them from its pockets, which elicits a jumbled tone that’s neither funny nor serious nor coherent. To be fair, Levinson still knows how to craft a tangible atmosphere — and his shots across Morocco do enliven the story — but it’s hard sticking around miles from nowhere when the stakes are confused, the game’s played safe, and everyone’s forgettable.