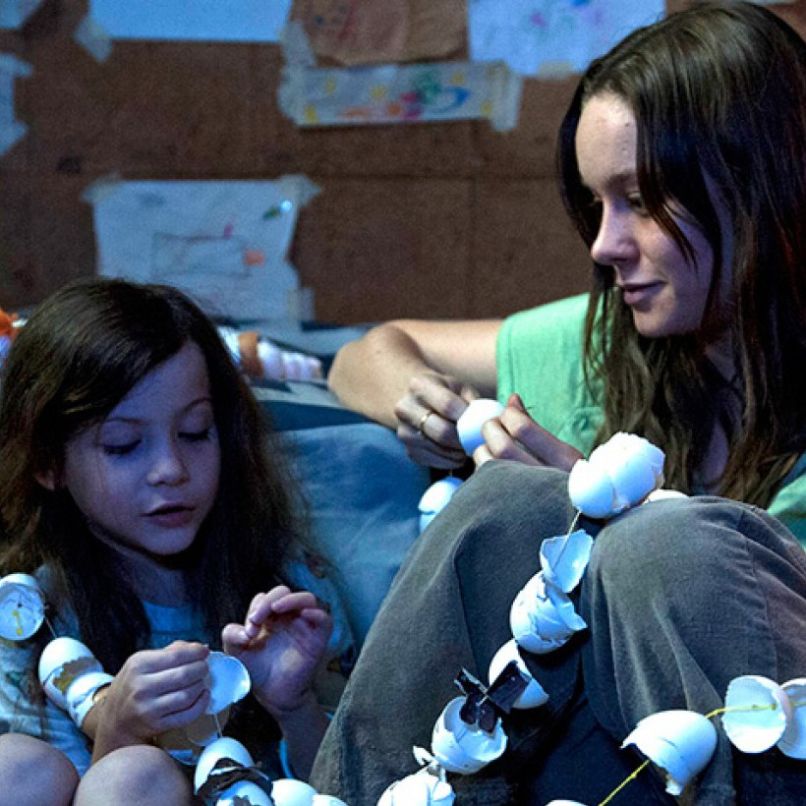 For Jack (Jacob Tremblay), Room is a place of endless wonder. There’s only Room, and outer space, and it’s through TV that Jack learns about the latter. Sometimes he and Ma (Brie Larson) play, or make decorations using eggshells and crayons and string. Sometimes he has to stay inside Wardrobe, quietly asleep or at least pretending to be, and it’s very important that he does what Ma says if that’s the case. Through Skylight, Jack can see just a little bit of the outer space that TV shows him, although Ma seems a little more reluctant to talk about exactly what’s in outer space. Room is good to them, though Ma doesn’t seem to like it as much as Jack does.

For Ma, Room is a shed with a security keypad keeping the door permanently locked.

Room is the kind of melodrama that takes every bit of the occasional genre condemnation out of that term, a truly beautiful work regarding the inextricable bonds between mother and child, and the capacity of the human mind to transcend the body, to continue on when all else appears lost. But director Lenny Abrahamson reduces the scale; it is a measure of Room’s power that its most profound ideas are subtle, introduced as Jack’s understanding of the world around him slowly expands.

It’s clear from early on that all is hardly well in Room, but Abrahamson and screenwriter Emma Donoghue (who also wrote the 2010 novel on which the film is based) frame the duo’s lives inside it from Jack’s perspective. In certain respects Room is a typically lurid captivity narrative from the perspective of the captives, but it’s Jack’s clear, bright voice that cuts through even the film’s bleakest turns. For some the deliberately childlike malapropisms Jack uses to understand things might grate, but for many Room would scarcely work without them. They’re also very much a deliberate choice made by Ma, who protects Jack from the realities of their life using the very things that keep them contained.

Tremblay delivers what can only be described as an anti-child star performance, meeting the precociousness of his wondrous narration with a very real sense of panic and terror. The tentative way in which Jack moves when he’s scared, or when he knows he’s crossed a line with Ma, or later in the film when he’s forced to adapt to even more frightening circumstances suggests a depth well beyond the young actor’s years. And where Tremblay is very good, Larson delivers one of the year’s absolute great performances to date. Not only does she have to maintain and eventually break through Jack’s deliberately naïve understanding of the larger world, but she’s forced to set aside everything that happened before and during Jack’s time with her in Room. It’s a performance of overwhelming strength and nuance, the kind of star turn that pulls you into a film and refuses to relent.

The film’s first hour is so absolutely harrowing that when Room’s status quo shifts as it unfolds, it’s both a dramatic departure from where the film begins and, honestly, a relief. The film’s larger revelations about what Room is and how Ma came to be there long enough to raise a child require a delicate hand, and it’s Abrahamson’s willingness to keep the focus on Jack no matter where the film goes that keeps it working even when a handful of later moments threaten to render Room a more standard sort of drama about the ties that bind. No matter where Ma and Jack go, Room will follow them, whether in Ma’s life she left behind or in Jack’s discovery that other rooms have doors that Ma can put between them.

But while the film becomes in some ways a simpler one as it plays out, Room also becomes a film of deep emotional rewards. It’s childlike without lapsing into the maudlin, funny without ever feeling inappropriate to its bleak subject matter, and a love story without the forced conflicts that so often accompany those. And for Jack, he doesn’t need much. He doesn’t really know what he needs, in many ways. But he needs Ma, and even if she insists that “I’m not a good enough Ma” at times, Jack understands that they need each other, and doesn’t mind. “But you’re Ma” is all he has to say in return, and it’s all he needs to.