Foo Fighters have recorded five new songs, including one with Ben Kweller

Plus, Kweller surprises the crowd at Austin City Limits for "Big Me" 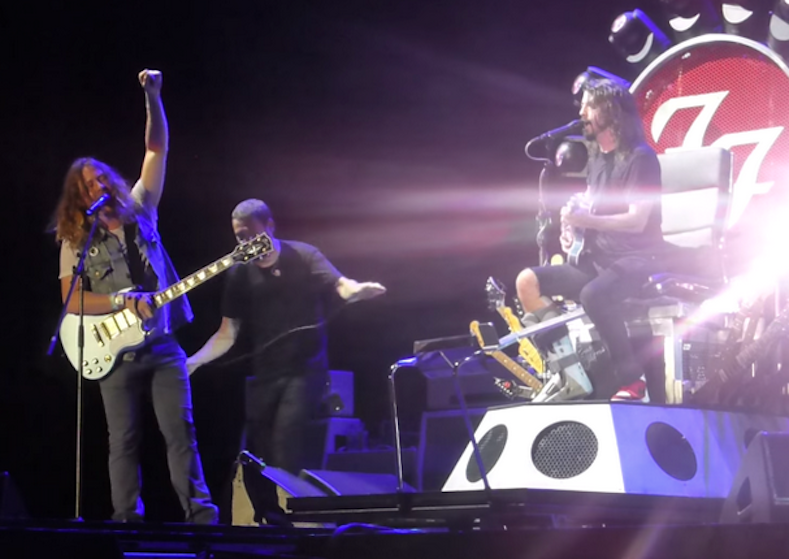 Headlining the same festival two weekends in a row begs the question of how to keep each set unique and interesting. For the second of their two Austin City Limits gigs, Foo Fighters solved the problem by bringing both some exciting news and a surprise guest.

“You know what I did last night?” Dave Grohl asked the crowd during their performance on Friday evening. “I recorded a fucking song in your beautiful city of Austin, Texas.” But that wasn’t all. “And I’m just gonna say it now: We recorded five fucking new songs in your beautiful city of Austin, Texas. And we’re gonna give it to you! But not tonight.”

While the audience didn’t get a tease of any of the new tunes, they did get to meet one of the collaborators who joined the band in the studio. “Just by chance, I bumped into an old friend that I hadn’t seen in about 16 years,” Grohl continued. “Right as I was recording a vocal. This motherfucker walks in — I’m like, ‘Hey, man!’ — and he starts fucking singing the most beautiful harmony to the thing I was singing. I was like, ‘Get your ass in the vocal booth right now.’ And then he said, ‘Hey, if you want, I’ll come up and sing a song with you tonight.’” With that, Grohl welcomed out Austin’s own Ben Kweller.

Together, the pair of old buds performed a “straight-up sweet, tug-your-hearstrings ballad shit” version of Foo’s classic “Big Me”. Check out video of the performance, including the announcement of the new recordings, below (via Stereogum).