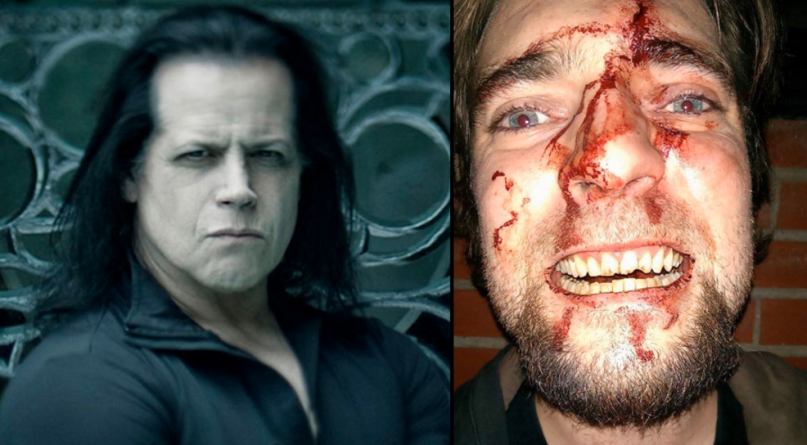 Glenn Danzig has a notoriously strict no-photo policy for his concerts, and he himself has been known to enforce it over the years. In 2012, Danzig chased a photographer off stage during his set in Bonnaroo. Earlier this year, meanwhile, he put a fan in a headlock after the fan took a photograph.

Now, an Irish photographer named Neil Dalton has accused Danzig of attacking him during a concert in Montreal over the weekend. In a posting on Facebook, Dalton says Danzig’s security guards held him while the musician punched him. He also shared the above photo of his bloody face.

“So I went to Danzig last night. Including the 100 dollars I spent on his merch plus the tickets time of work and traveling to Montreal to see him this is the price you pay for taking a photo of Danzig. He called me up on stage got got [sic] his pussy security guards to rough me up and held me back me back so he could hit me himself. Cops can’t do fuck all because we’re both not Canadian and they did it off camera and said I fell .could all my friends please share this because I want the world to know what a pussy the guy is. Superjoint [Ritual] fucking ruled [though].”

Metal Injection spoke to several people who attended to concert and received differing accounts of the incident. However, the consensus seems to be that Dalton was warned multiple times not to take photos and was eventually escorted out of the venue by security. After the show, he was confronted by Danzig, at which point he was allegedly attacked.