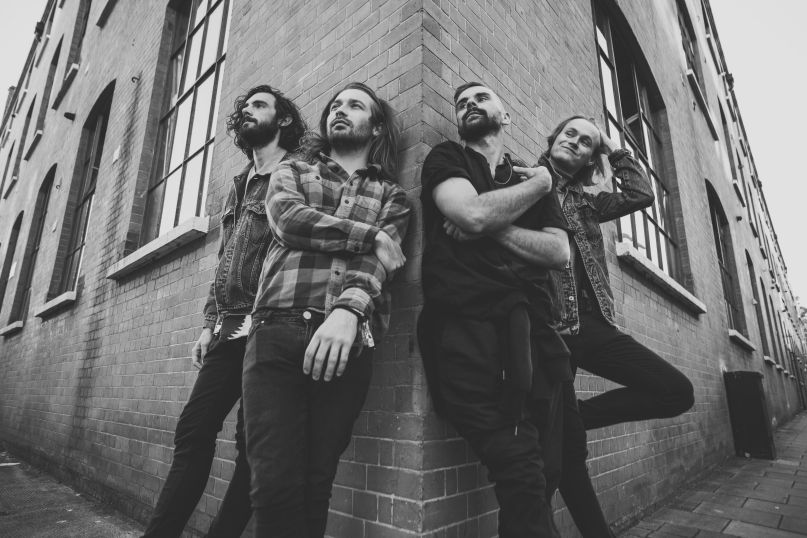 Habitats isn’t about a hierarchy. There’s not one member relegated to standing at the front of the stage, hyping up the crowd and basking in glory. The only thing that matters to the Hampshire, England dance-rock outfit is the groove. They band thrives in this lineup ambiguity, having different members take turns at lead vocals while the rest flesh it out with vibrant harmonies.

It’s with this idea in mind that they recorded their latest EP, Jungle, which will see a release in early 2016. The collection of songs were recorded at Waterfront Studios in Hudson Valley, New York, which has previously hosted fellow groove-worshipers Tokyo Police Club and The Charlatans. Now they’re giving a taste of what those undoubtedly funky sessions bore with their latest single “Boogie Waltzer”.

“‘Boogie Waltzer’ was written in the peak of our sexual enlightenment, coming straight out of college and heading into the abyss of clublife,” guitarist and vocalist Mike Lawford tells Consequence of Sound. “Half ode to John Travolta’s role in Saturday Night Fever, the other half is a message to all the paper pushers out there… live free without the need to prosper.”

Much like Lawford’s description, the song oozes with sensuality. The rumbling bass lines and thudding drums riding against the chopping guitar lines feel lifted from a bygone era yet updated with a modern indie rock aesthetic. It’s a call to arms when the band harmonizes on the chorus, singing, “Don’t you ever want to feel like someone else tonight?” There’s a sinister energy to their words, tempting the listener to fall into their hypnotic rhythms.