Plus, a premiere date for their Beats 1 Radio program 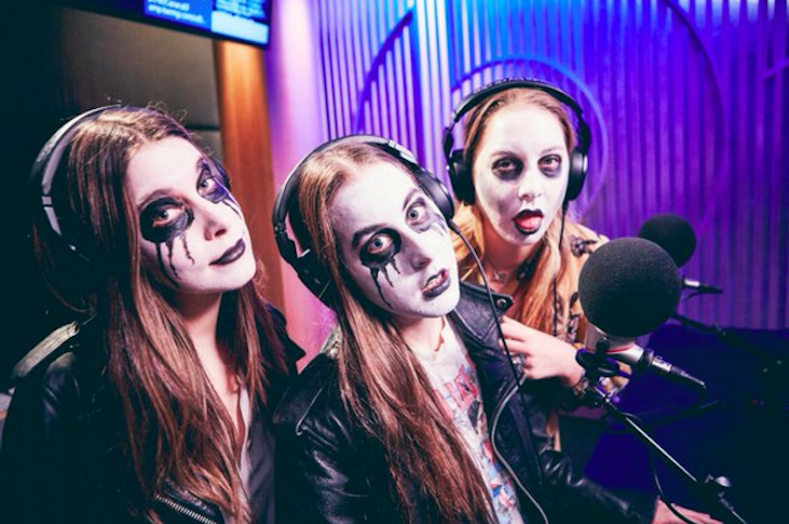 HAIM were in the Halloween spirit when they stopped by Zane Lowe’s Beats 1 Radio program earlier today, as you can see from the above image from Lowe’s Twitter. While the undead trio were chatting with the radio host, they revealed a few teases about the follow-up to Days Are Gone.

The sisters told Lowe that their new “album’s well underway,” and that they’ve been hard at work on the material “everyday.” “The oven is pre-heated and the oven door is open,” they said. “The fish fingers are in the tray.”

What’s more, it appears HAIM is working with Vampire Weekend’s Rostam Batmanglij. Yesterday, he shared an Instagram video of Danielle Haim herself “ripping a solo off the top of her head.”