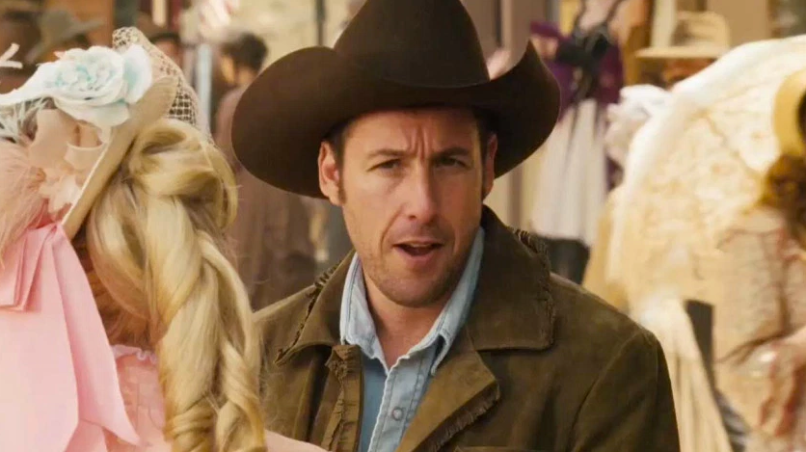 Unfortunately for Netflix and Adam Sandler, most of the discussion revolving around their upcoming The Ridiculous 6 hasn’t been about how it’s part of a landmark deal or how it’s Sandler finally (?) doing a Western. Instead, the VOD film has been the center of controversy after a number of Native American actors walked off the set for what they called “insulting” depictions of Native culture. While many of the Native actors have since said they weren’t offended by what was clearly done for comedy reasons, it’s still on Netflix to try to steer attention back towards the film itself, which they’ve attempted to do in the first official trailer.

For the most part, the two-minute preview is devoid of any Native images, save for one female Indian getting catcalled by a bunch of cowboys and a young boy with a tomahawk. Regardless, there doesn’t seem to be a lot to make The Ridiculous 6 look like a must-watch. The trailer offers glimpses of some of the film’s enormous cast — Harvey Keitel, John Turturro, Steve Buscemi, Will Forte, Vanilla Ice, Danny Trejo, and Chris Parnell all make brief appearances, among others — which only adds to the feeling that this is another example of Sandler stuffing a movie with pals and faces but giving them little material to work with.

Sandler actually appears to be taking the “bad-ass straight-man” role in this one, with his knife skills and gruff voice. Terry Crews plays his typical big, strong black man role (highlighted by the fact that somehow he’s hilariously related to all the other lead characters, despite a clear racial difference), while Rob Schneider gets to embody every Mexican stereotype from every Western ever. Luke Wilson as the drunk cowboy and Jorge Garcia as the unintelligible trapper don’t get much room to shine and may actually have some good moments, but the 15 seconds of Taylor Lautner going full retard are enough to make you never care to find out.