With support by Chicago's own Stefan Ponce and Monobody 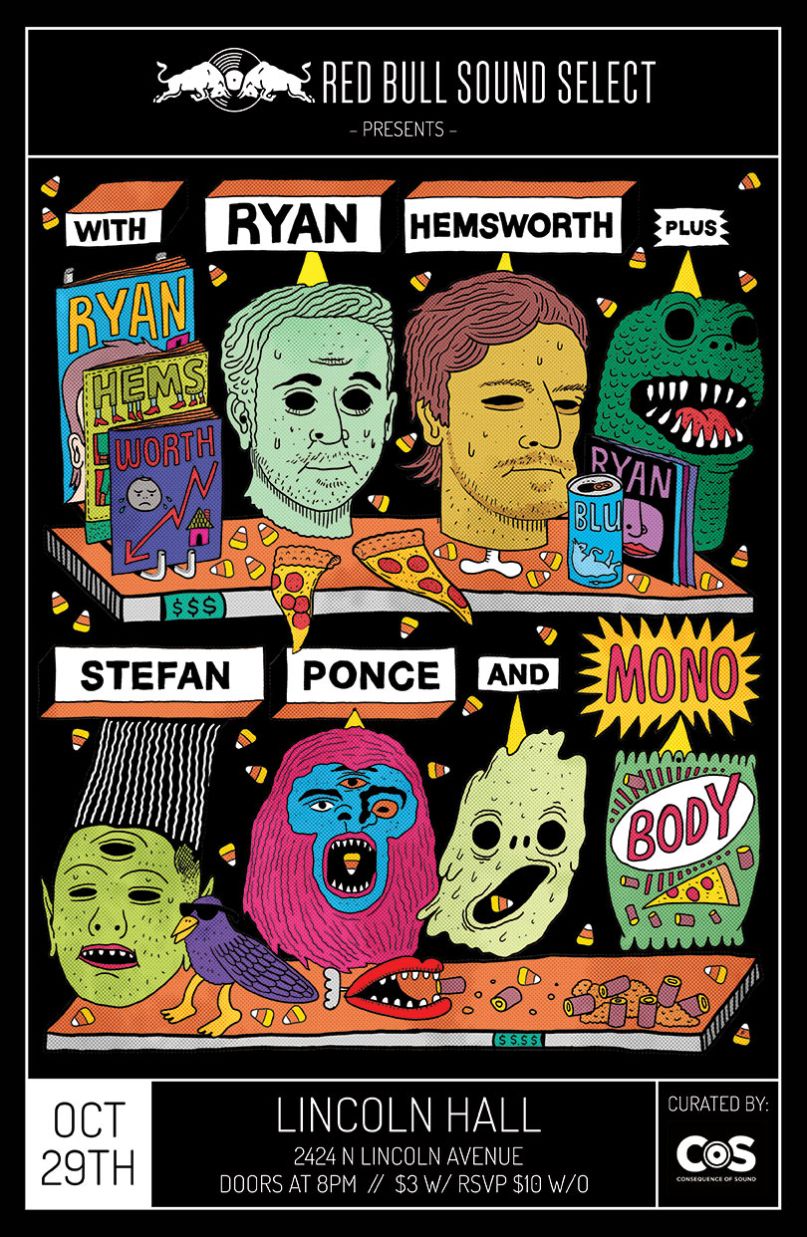 “It’s Halloween, everyone’s entitled to one good scare.” We totally agree, which is why Consequence of Sound has partnered up with Red Bull Sound Select to throw yet another spooktacular, must-see event for its Midwestern readers.

Hemsworth will support his Taking Flight EP, which drops October 9th. Ponce is coming off a whirlwind year, having produced singles for Vic Mensa and Kanye West. While Monobody sent electricity across 312 this past April with their eponymous debut.

In addition to the talent, there will be a number of on-site activations, which include: ghoulish face painting, Halloween-inspired pancakes courtesy of Babycakes Gourmet, a Phhhoto Pro photo booth, trick or treating, and a prize-fueled costume contest.

Doors open at 8 p.m. CST and the 18+ event is $3 with an RSVP via Red Bull Sound Select. Beware if you dare: When the venue is at capacity, there is no entry.