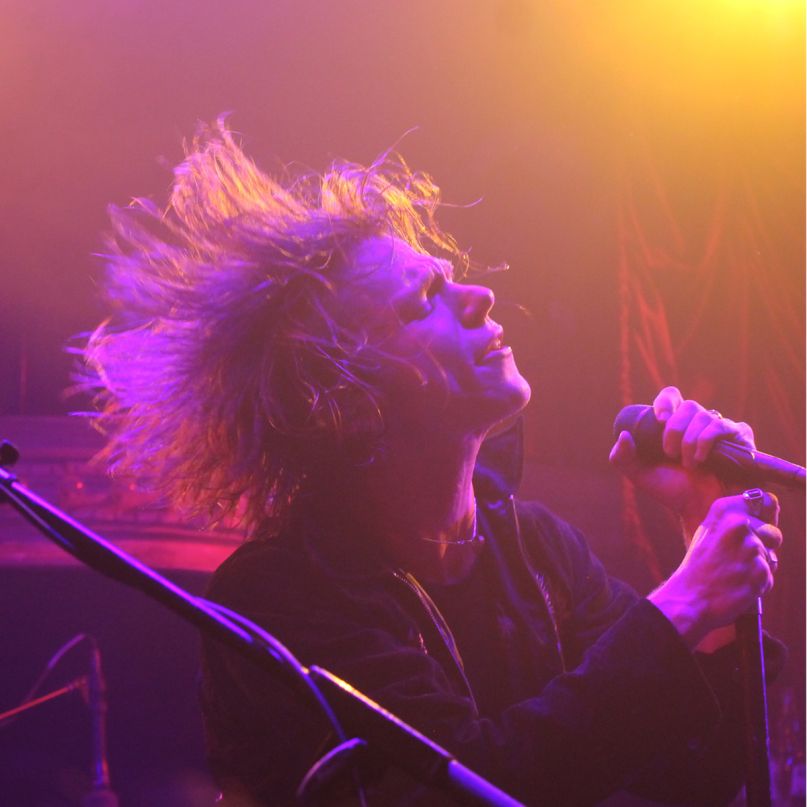 Cage the Elephant’s popularity has skyrocketed to the point where they can play large ballrooms and arenas, but there’s an undeniable magic when seeing the Kentucky rockers go absolutely wild in a tiny bar. Such was the case last night, when Cage the Elephant performed an intimate secret show at The Box – with a capacity under 400 – to celebrate their upcoming album, Tell Me I’m Pretty.

Lead singer Matt Shultz waded into the crowd and was swarmed by adoring fans for classics “Ain’t No Rest for the Wicked” and “In One Ear”, and the band tore through two new songs, “Cold Cold Cold” and “Mess Around”. Cage the Elephant brought their main set to an emphatic close with “Shake Me Down”, as the crowd roared, “I’ll keep my eyes fixed on the sun!” After, guitarist Brad Shultz promised the “fastest fucking encore you’ve ever seen in your life,” as the band ripped into “Sabertooth Tiger”.

Matt Shultz has developed a reputation as a fearless performer, and his daredevil antics were on full display as he repeatedly launched himself into the crowd on tracks “Spiderhead” and “Sabertooth Tiger”. On the final track, the vocalist even got lifted – upside down, mind you – to the second-floor balcony, where he dove into the arms of the fans below. Twice.

Previous Story
M83 to release new music in 2016
Next Story
It’s official: drummers are smarter than you (and everybody else)
Popular
More Stories
[fu-upload-form form_layout="media" title="Submit Your Photo"][input type="hidden" name="ugc" value="1"][/fu-upload-form]