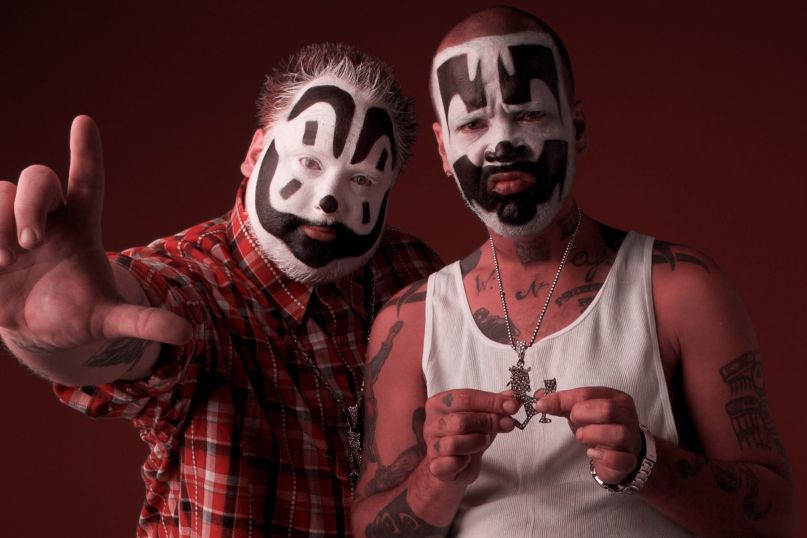 When one attends an Insane Clown Posse concert, one should be prepared for a night of elaborate “horrorcore” performances, as well as expect to be doused in soda, a messy ICP tradition known as the Faygo Shower.

Though most venues seem to comply with the sticky soaking, ICP recently faced opposition from North Park Observatory in San Diego, as NME notes. The SoCal music space expressed concerns about Faygo causing damage to its property.

Unwilling to part with the soft drink shenanigans, ICP went ahead and canceled its October 22nd gig at North Park Observatory. “Well, it ain’t an Insane Clown Posse show without Faygo so that means we’ve been left with no choice but to call off the show … as stale as fuck as that is,” the group wrote in an official statement.

Check out ICP’s full statement below.

“Juggalos, tonight’s show at the North Park Observatory has been canceled over concerns of venue damage due to all the Faygo throwing. Well, it aint an Insane Clown Posse show without Faygo so that means we’ve been left with no choice but to call off the show … as stale as fuck as that is.”

“To all those SoCal/San Diego ninjas who bought tickets for tonight’s show… WE’RE SORRY AS FUCK! You can get your tickets refunded at their point of purchase. To everyone who purchased a VIP package from Hatchet Gear, we’ll be issuing you a refund promptly. However, WE ARE STILL MAILING YOU YOUR LIMITED VIP COMMEMORATIVE TOUR AMULET! It’s not your fault-or ours-that the show was canceled, so you’re still receiving your charm in the mail.”

“Again, Juggalos, we’re super fucking sorry about this and hopefully we can perform for our San Diego Juggalos at some point in the future. MCL!”

For those unfamiliar with the art of the Faygo Shower, check out a tutorial below from the band’s own Violent J and Shaggy 2 Dope: