Kanye West is “definitely” running for president: “It’s not about me, it’s about we right now” 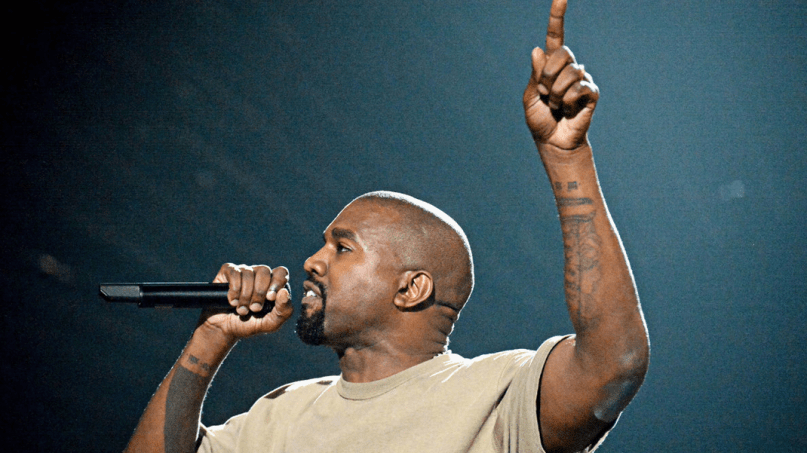 Kanye West wasn’t joking about running for president in 2020. During a lengthy discussion with In Camera, the Chicago rapper-turned-fashionista revealed that his announcement at the VMAs was not a spur of the moment decision, but rather something he’s been thinking about for five years. “Yea”, Kanye responded with a straight face when asked if he is “definitely” running.

In fact, Kanye answered several questions in the way you might expect from a seasoned politician. Asked how he would assess Barack Obama’s presidency, he said, “I don’t want to make comments, or give opinions on what other people have done. However, he added, “I think he’s done a lot of great things and there would be no chance of people even considering the concept of me running if he hadn’t of won.”

Asked if he would run with a specific party, he responded, “I don’t have the answers right now.”

Kanye does, however, know what he would do as the Leader of the Free World. He explained, “I would like to sit with engineers and come up with solutions and alternatives for people without opportunity that end up having to go through desperate measures, who feel like life isn’t worth living, or that other people’s lives don’t matter.”

And if you still don’t think he’s serious, consider the fact he’s already prepping for debates. “I’ve already decided that when I’m at debates and I don’t know, I’ll say, ‘Look I don’t know, I’ll get back to you,” and consult with the top 10, top five people in the planet, and if there isn’t an absolute right answer, then I’ll say these are the two highest answers we’ve come up with right now. Because it’s not about me, it’s about we right now.

Later in the interview, Kanye stressed the importance of education, saying he believes he’d be more successful if he hadn’t dropped out of college. “I’m envious of information.”

In non-political news, Kanye assessed his three most recent studio albums, proclaiming Yeezus and 808s & Heartbreak to be far superior to My Beautiful Dark Twisted Fantasy. He called Dark Fantasy an “apology record,” adding that “‘Power’ was the least progressive song I ever had as a first single,” as he pieced together “what people liked about me to create a bouquet, it’s like Thanksgiving dinner.”

In regards to new music, Kanye said he’s unsure whether SWISH will be the title of his next album, deeming it a placeholder for now. He admitted he’s struggled to find a purpose for the album, but is still moving ahead with the project and currently looking for album artwork. Going forward, however, Kanye may follow the lead of André 3000 and do only guest verses.

Replay the full interview below.