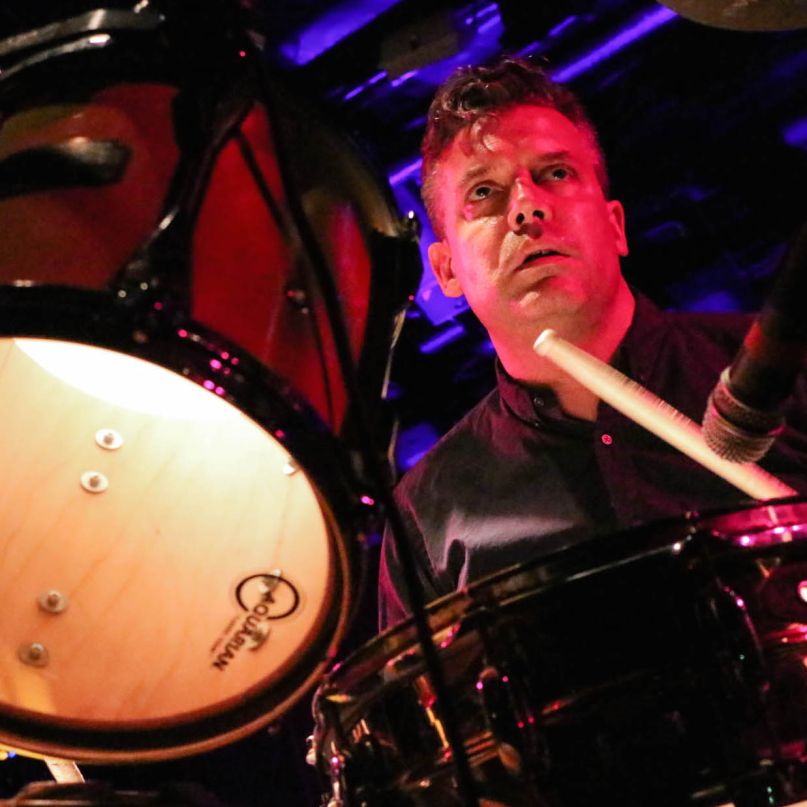 When Battles’ first album, Mirrored, was first released eight years ago, AllMusic declared: “It’s official: in 2007, it’s all come full circle. Prog rock has made its way into the indie scene.” In a sense, they were right, but prog rock has always had some influence on indie – no matter how minuscule or subtle it may be. Look at bands like Fiery Furnaces, whose Blueberry Boat filters prog rock insanity through indie sensibilities, or Tame Impala, who make no bones about their love for prog giants such as Genesis and King Crimson. Even the King of One Minute Songs, Robert Pollard, has expressed love for In the Court of the Crimson King. While these bands don’t go out of their way to sound like classic prog, they continue the tradition of creating experimental and unique music set to cinematic soundscapes.

Battles are sort of like a small-scale prog band, utilizing a wide variety of guitar, keyboard, and vocal loops in lieu of a large band setup. Live, the three-piece jam, but they jam in the same structured and ordered way that Yes did on Yessongs. While it may seem like the case, they’ve gone on the record that improvisation constitutes a very small fraction of their live show. Last night’s show at the Paradise was their first headlining show since the release of La Di Da Di, but you couldn’t really tell because of their incredibly tight and focused sound.

The main opening act for Wednesday’s show were the similarly “prog but kind of not” Buke and Gase. The duo, named for their handmade instruments, won over an initially indifferent crowd with their experimental songwriting and instrumental prowess. Singer Aron Dyer morphed and pitch shifted her voice into high squeals and low growls all the while switching between her “buke” (a self-modified six-string former baritone ukulele), a modified synth, and her “toe-bourine” (a small tambourine tied to a foot). It was an impressive sight to behold, and all the sound she concocted was all the more powerful thanks to Aron Sanchez pounding away on his “gase” (a guitar-bass hybrid) and an incessant, apocalypse-bringing kick drum. They premiered a handful of new songs, displaying strong melodic sensibilities that sometimes veered into The Dreaming-era Kate Bush melodies. Because of their unique approach to instrumentation, nothing sounded quite how you’d expect, which is perhaps the most charming aspect of their music – they’ll always keep you on your toes.

Like an angry swarm of bees descending upon Winnie the Pooh and Christopher Robin after a daring honey heist, Ian Williams and David Konopka’s guitars zipped and glided through the Paradise, looping in and around themselves in deceptively simple patterns. Konopka kicked off the show by building up loop after loop, creating a huge amount of anticipation for the first 10 minutes before Williams and Stanier entered and immediately launched into “Dot Com”. As Konopka held down the low end on bass, Williams cut through the mix with treble-heavy fret tapping on his guitar while also supplementing Konopka with a bass-heavy synth. The duo are incredibly effective foils for one another, constantly bobbing and weaving around the sounds they’re creating.

Stanier, however, may be Battle’s biggest draw. His drumming sounds deceptively simple as he effortlessly weaves through a handful of time signature changes with John Bonham-esque raw power. Imagine dropping nukes on Mars, but mere inches in front of your face. Even his sleigh bell solo before “Tyne Wear” was played with a ferocity not seen since Christopher Lee’s (RIP) Heavy Metal Christmas. It’s both a terrifying and awe-inspiring sight to behold as you get the sense that Stanier could veer off at any moment and smash his head into his kit if he wasn’t so goddamn precise. But he is and he flawlessly played around every loop with an intelligent sense of rhythm and style.

Songs like “Summer Simmer”, well, simmered and sizzled as their loops expanded and subtly morphed. “Ice Cream” dropped early on in the set, and Matias Aguayo’s vocals transformed from the delightfully offbeat album version to a somewhat eerie, bodiless sound live. With a setlist dominated by La Di Da Di, the prospect of Battles live can only be described as controlled chaos. It’s a totally relentless attack of glitched-out guitars, looped synths, and Stanier’s all-out sonic assault. The only breather we received was a pre-encore break where Konopka, a native of Massachusetts, thanked the crowd for coming out and gave some shout-outs to a few towns in western Mass. Williams chimed in stating that “We played a lot of early shows in Boston, so it makes sense that we’re starting here again.” What followed was “Atlas”, a behemoth of a song, held down live only by Stanier’s krautrock rhythms.

Indie prog rock is alive, but it has been transformed into something that is worlds apart from traditional prog. Upon ending their set with “The Yabba”, you get the sense that Battles are prog rock transformed into data and crunched into a flash drive. By taking their prog impulses and pushing them into the modern age, they have created a wholly unique sound that is amplified tenfold in a live setting. They’re simply a can’t-miss act.