NYFF Film Review: The Measure of a Man 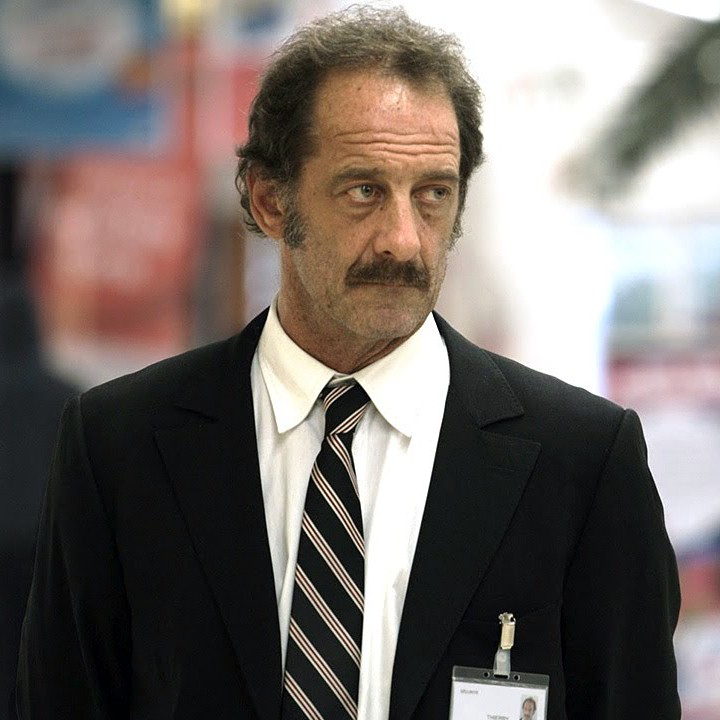 What’s the endgame? What’s the point of watching this man suffer? Sure, there’s something to be said for quiet dignity, but isn’t it more cathartic, more healthy, even more cinematically enrapturing to watch a person lose control and act out? Is the message of The Measure of a Man to grin and bear it? To accept circumstance with manners? To take it like a man, as they say?

The Measure of a Man practically gives you the knife and expects you to cut away with its quiet pride. And that’s the real dilemma of this dour deal. Here’s a film with relentless detachment and very little joy to be experienced in depicting painful social realism. A 51-year old man will face grave moral dilemmas, as if to see just what exactly his breaking point might be. That’s not a movie, it’s the Milgram experiment. It’s torture with a last-minute ounce of morality play layered on to try and cover up the stench of defeat.

Thierry’s been unemployed for some time, and we open on him in a worker’s aid office, bitterly exclaiming that his months of crane training have been for nothing. Thierry can’t find work, and has to argue with job hunting services about false promises made. Thierry lives in a small home with his wife and son. His son has heavy cerebral palsy. Thierry interviews for jobs where the interviewees are up front about his near-zero chances. Thierry is even excessively corrected in line dancing class by his wife. Come on, let the man have something to smile about. It’s endless, and eventually Thierry ends up working security in a sort of Wal-Mart superstore. He wears a black coat, sports a walkie-talkie, and hovers over security footage waiting for someone to put an item in their purse or jacket. Thierry, can we spare you a dime, please?

Normally, this is the kind of thing that might elicit raves for its unflinching eye, but every scenario is a loss for Thierry. To Brizé’s accolade, Thierry’s plight is unending, and the film maximizes realist awkwardness with extended-length shots, terse dialogue where people nearly choke trying to find the right thing to say, and an overall vibe of total discomfort. The film’s brutal, for all that’s worth, but it veers into cruelty.  The film’s greater purpose seems too clear too quick: Thierry is a punching bag, who must be hit with hardship repeatedly. Apparently, that’s what being a man is. If the purpose of Measure of a Man is to lay it on Thierry so hard that any and all catharses feel miraculous, get ready to be bruised beyond belief. Brizé draws on lower-class troubles and fears, and concentrates on them without mercy like a petty god, thinking of how Thierry will be tested next. Maybe there will be a car crash, maybe the power will get cut, maybe his banker will break bad news. Eventually, every situation comes free of surprise. He’s meant to suffer, and it’s hard to watch.

Perhaps the strongest illustration of this concerns Thierry sitting in a job interview skills course. Thierry watches himself on a monitor being practice interviewed, and the second the video’s over, the teacher asks what everyone thinks of Thierry. Classmates say he seems bored, disinterested, that he has bad posture and worse clothing. They think he’s sullen, creepy. And all the while, Brizé never cuts from Thierry’s quickly paling face over several minutes. The films of Michel Haneke, hell the Faces of Death series, might seem rosy in comparison.

In this film’s defense, Brizé has an absolute commitment to vision (keep poking Thierry). Perhaps there’s value in understanding the struggle. It’s real. And perhaps there are hard-fought lessons to be drawn from a man’s unwillingness to explode. But be warned, this film is a huge drag, and the unpleasant experience of it all eventually pounds out any redeeming value. If you find it, bring Skittles, or something colorful and sweet to offset the film’s cyanide.