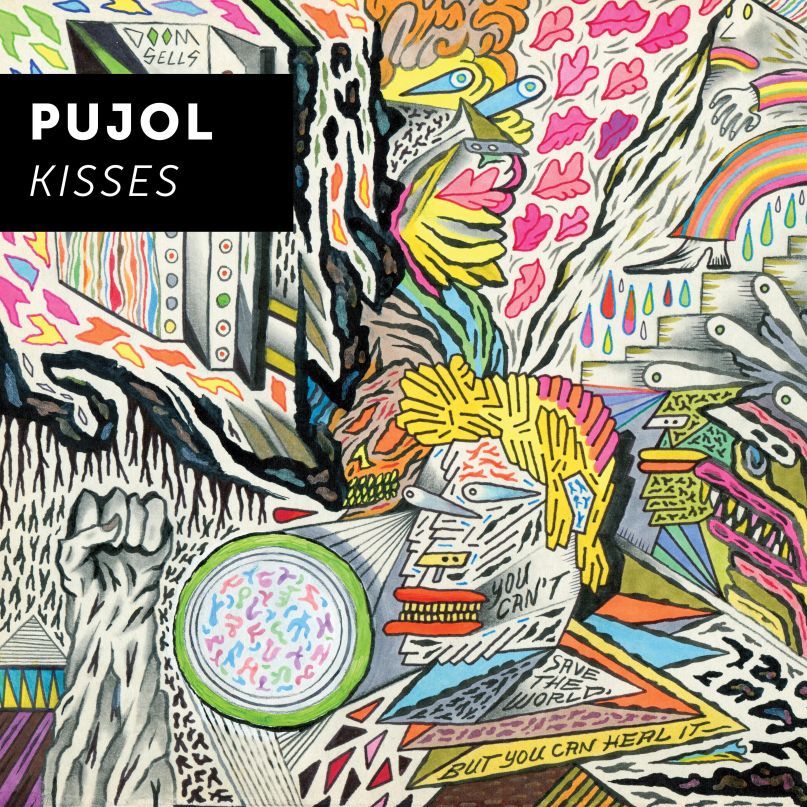 Nashville songwriter Daniel Pujol, aka PUJOL, has always been an impulsive songwriter. His whims led to the exciting, jittery indie rock opus, 2012’s United States of Being, which he followed up last year with KLUDGE. While on the road supporting the latter, Pujol wrote poetry and recorded a handful of demos. Somewhere along the way he found a continuity between the pieces and decided they’d fit together on an EP.

The track is one of PUJOL’s hardest hitting songs to date, mixing together ’70s psychedelic aesthetic with blistering guitar lines. His vocals hop along the rapid rhythms, amping up the energy even further. Whenever the song does slow down to a near halt, it’s almost as jarring as Pujol’s howls of, “‘Cause I’m a scorpion, baby.” It’s a beast of a song, constantly accelerating and pushing PUJOL to manic new heights.

“In fact, it is being so honest because it assumes its content is essentially meaningless,” Pujol tells Consequence of Sound of the track. “Maybe no one will remember the words anyway. It can scream all it wants in Hell. Regardless, its musical and aesthetic attitude will activate certain emotional responses in a brain, and the song will be reaccessed as a specific emotional trigger. If it’s lucky.”

Pre-orders for a 7-inch single version of “Designer Feelings” are going on now via Knife Tapes. PUJOL will continue his ongoing tour with a short run through the southern states. Consult his schedule below.