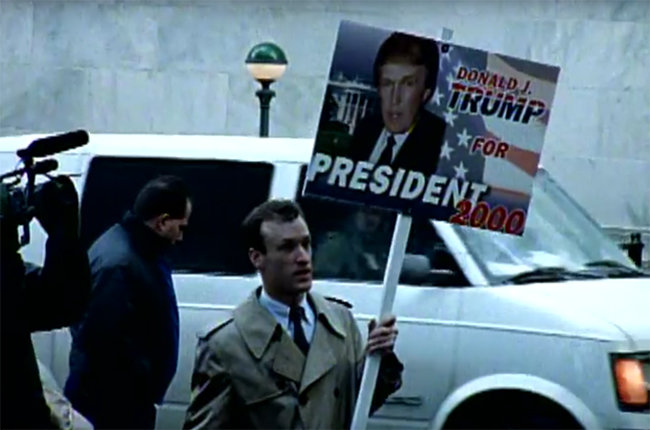 Whether it’s ridiculously accurate memes about Donald Trump’s so-called “hair” or viral Vine clips of his many facial expressions, it’s incredibly easy to mock the businessman-turned-kind-of-politican. But long before Trump’s 2016 presidential campaign officially began, there was one band who predicted the massive shitstorm headed our way: Rage Against the Machine.

As Billboard points out, in the alt rockers’ 1999 music video for “Sleep Now in the Fire”, a man can be seen proudly holding up a “Donald Trump for President” sign. Not only did RATM have the foreknowledge of such an apocalyptic campaign, but they also had the presence of mind to deride the hell out of it. If you’ll recall, the clip, which was directed by the ever-political and outspoken Michael Moore, depicts a greedy dystopian society where despicable people like — you guessed it — Trump actually have a real shot at winning the White House. Hats off to RATM.

Revisit the video below; The Donald reference appears around the 1:00 mark.

In addition to RATM, it seems The Simpsons predicted and trashed Trump’s political career in a 2000 episode titled “Bart to the Future”. Check out that clip below for kicks.