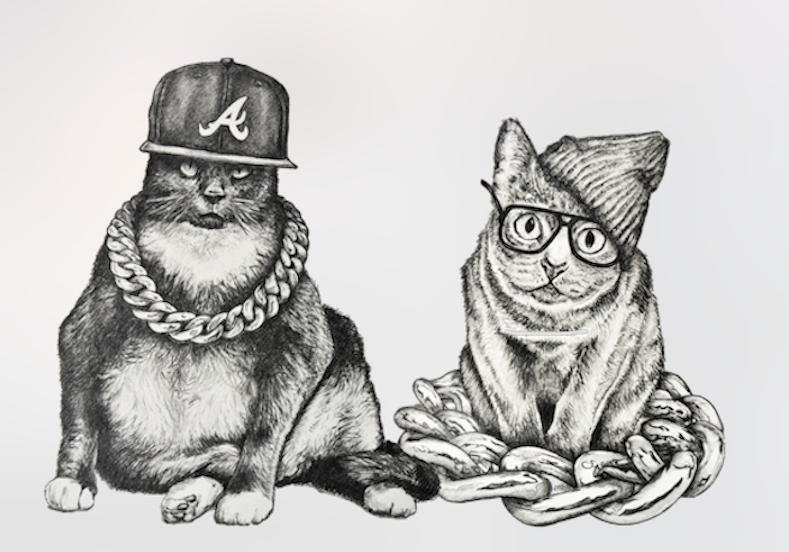 What started as a stoned joke became a Kickstarter-fueled fundraising effort that took the hip-hop world completely by surprise. Run the Jewels launched the pre-orders for Run the Jewels 2 with a bunch outrageous options, including something called Meow the Jewels. For $40,000, the duo would re-record the entirety of RTJ2 utilizing only cat sounds. As we all know, some crazy bastard started a Kickstarter campaign and the crazy thing became a reality.

Now, El-P and Killer Mike are telling the story of how one pot-induced gag turned into a $65,783 fundraiser to support charities chosen by the families of Eric Garner and Michael Brown, as well as the National Lawyers Guild’s Mass Defense Committee. As the rappers wrote on the Meow the Jewels Kickstarter page, they were recently donated $20,000 to each of Garner’s and Brown’s families.

We are thrilled to announce that our donation to the families of Michael Brown, Jr and Eric Garner is now official. This took a bit of time but we were ultimately able to speak directly with both families so that we could ensure the money went exactly where they wanted it to. Thank you to the people at GOOD Magazine, Black Lives Matter, Erica Garner, Damon Turner and Benjamin Crump for helping us through the process. Both families are extremely thankful for your contributions. For us, this is the essential function of MTJ. Together we have pooled our resources and did something kind for people in need. We can’t thank all the donors/Kickstarter funders enough for making that happen.

Below, watch the paw-cumentary to see what the two say about the ridiculousness of the project and the true, powerfully positive meaning behind it all.

Additionally, Run the Jewels are selling Meow the Jewels-themed merch, including a cat food dish.