Alan Paloma's third LP said to feature the "most elaborate songwriting of his career." 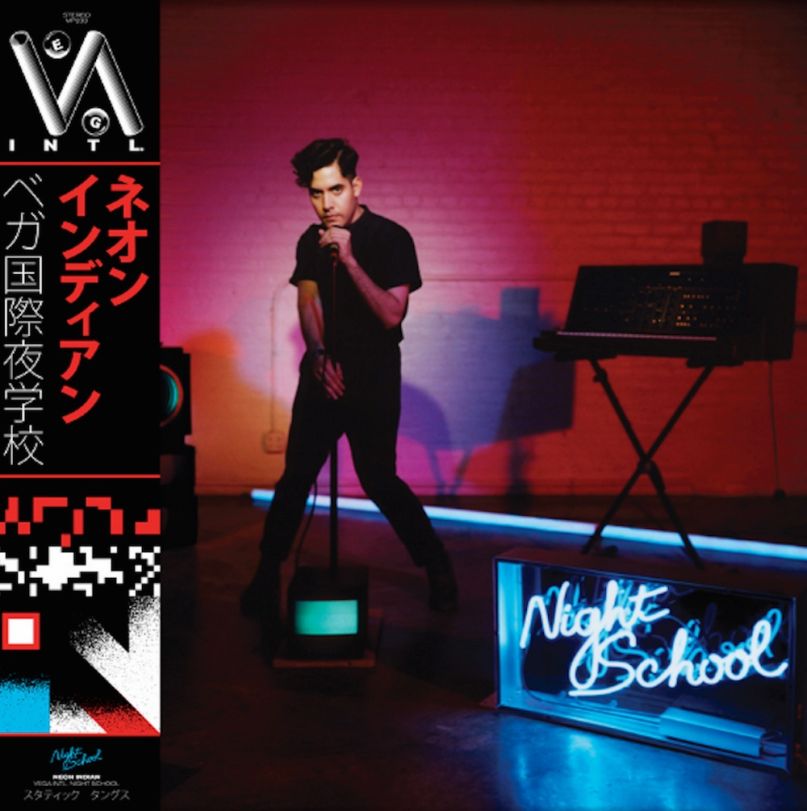 On October 16th, Neon Indian’s Alan Palomo will release his new album, VEGA INTL. Night School, via Mom + Pop/Transgressive. In anticipation, the LP is streaming in full below via NPR.org.

The follow-up to 2011’s Era Extraña was composed and recorded in a number of places, including a cabin, a cruise ship, DFA’s New York Plantain Studios, and Pure X’s Austin practice space. “Most of what I’ve learned about human nature in my twenties has happened after dark,” the synthpop artist, born Alan Paloma, said in a statement, reflecting on the album’s recording process. “People are just kind of more honest then. More deliberate. I like to call the places I go to Night Schools.”

According to a press release, the 14-track effort “brims with funk-centric guitar lines, pronounced Balearic rhythms, and the most elaborate songwriting of his career.” Its preceded by the lead single “Slumlord”.