The Coathangers share tenacious new song “Watch Your Back” — listen

Taken from the band's forthcoming split EP with Black Lips 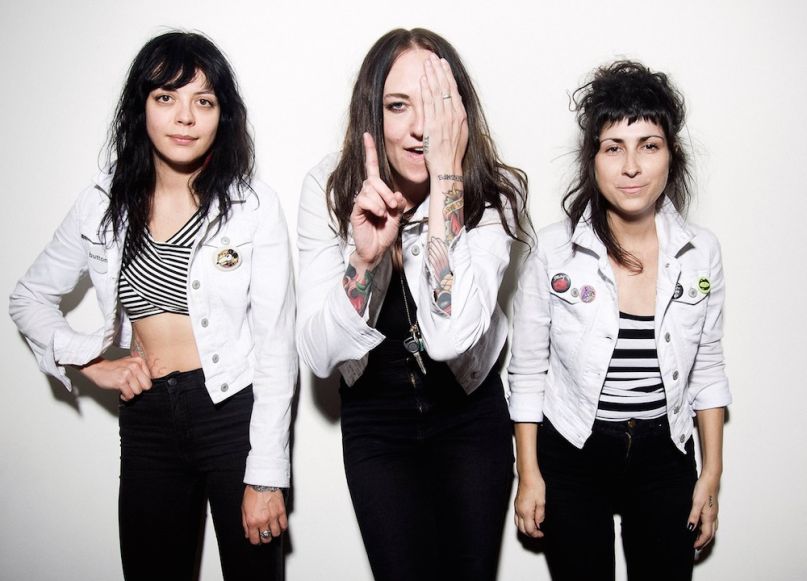 Tenacious and urgent, the track sees Julia Kugel, Meredith Franco, and Stephanie Luke reminding (or perhaps warning?) listeners that they “can never go back.” According to the three-piece, the song was inspired by a “challenging, fascinating and enlightening” tour through Japan, which might explain its accompanying artwork. Listen in below.