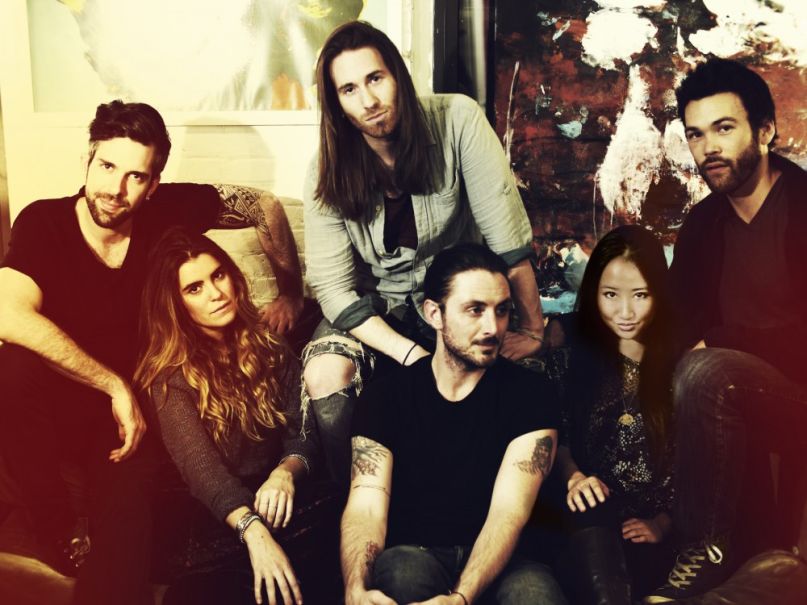 If The Ludlow Thieves sound more urgent than your average roots rock band, it has a lot to do with frontman Danny Musengo. After walking away from a deadly car accident in his native Iowa, the gravel-voiced singer moved to New York City with a new perspective and a set of songs that spoke to his spiritual transformation. It didn’t take him long to meet guitarist and producer Dan Teicher, with whom he gathered together the rest of the band and became New York’s answer to the alt folk explosion. Musengo and Teicher specialize in the kind of songwriting that’s self-consciously epic in scope, but so far they’ve limited their releases to bite-sized EPs. The first two, Skyline and To Travel, dropped earlier this year. The third is called Sing Me Back and is due out December 11.

In anticipation of their latest release, they’ve shared a soaring new track called “Over Again”. It’s an anthemic slice of pop that’s equal parts Brooklyn indie and Midwestern gospel. This latter quality is no accident, as Teicher explains. “[Danny] says it reminds him of Iowa and singing in the church there. Actually, he has since been back and sang it in the church he grew up in.”

The track also showcases one of the Thieves’ greatest strengths: the interplay between Musengo’s raspy growl and co-vocalist Laura Martin’s ethereal harmonies. To hear for yourself, stick around for the song’s epic conclusion, which Teicher describes as his favorite part of the entire EP. “It turns into a real cathartic singalong when we play it live,” he explains. Thanks to four layered drum tracks and strings galore, it sounds every bit as cathartic on record.