Over 2,000 people united in Central Park to honor the late Beatle 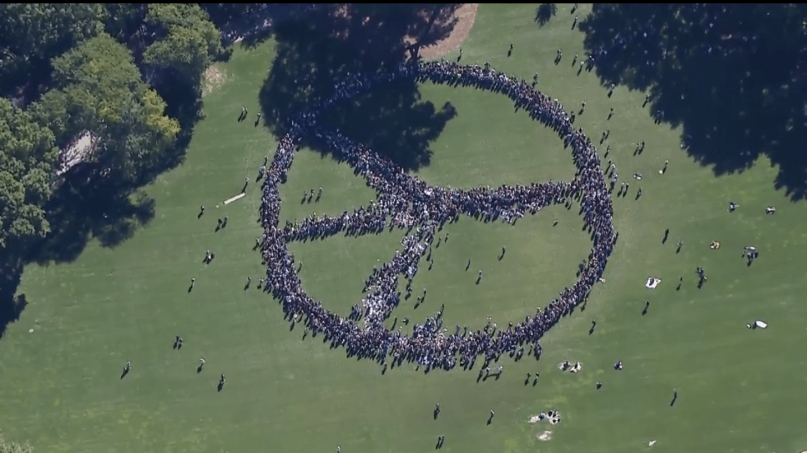 On Tuesday, Yoko Ono gathered thousands of New Yorkers in Central Park to create a giant human peace sign to commemorate what would have been the 75th birthday of her late husband John Lennon.

Ono’s goal was to bring together somewhere between 6,000 and 10,000 people in an effort to break the current record for world’s largest human peace sign. Unfortunately she fell short of her goal, amassing just over 2,000 people, a Guinness World Records representative told CBS News. The current record remains at 5,814 people.

“New York was a very special place for John — his adopted home — and I’m so happy that the John Lennon Bus is there to celebrate his 75th birthday,” Ono said in a statement.

View footage from the event below.

Watch Lennon’s video for “Imagine” below.