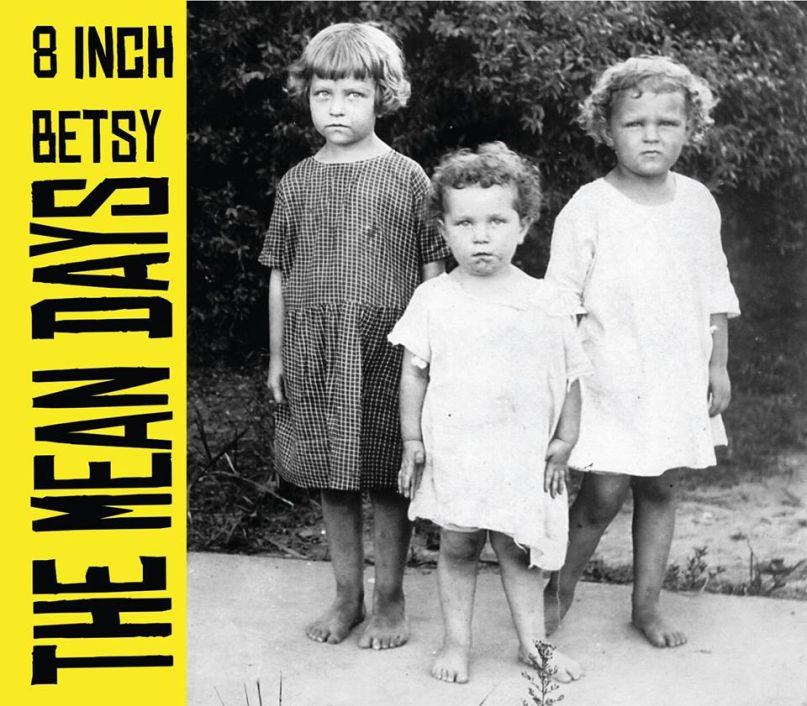 8 Inch Betsy’s frontwoman Meghan Galbraith wasn’t just a driving force in Chicago’s queercore scene — she was a beacon of warmth in the city’s community as a whole. Despite her grizzled punk rock exterior and demeanor, her numerous friends are quick to celebrate her remarkable sense of empathy. It’s something she showcased in every aspect of her life, whether she was shredding on stage with her band, volunteering at the Girls Rock! Chicago youth music program, or chatting up Mayor Rahm Emmanuel at local bars. That’s why so many people across the community were devastated this past January when she passed away suddenly after a year-long illness.

Though she may be gone, Galbraith still has one more offering for the city and her fans. Over the course of the past five years, 8 Inch Betsy slowly recorded and tweaked tracks for the follow-up to their 2007 debut album, This Time, Last Time, Every Time. Now the band is releasing their final record, The Mean Days, on November 13th via 307 Knox Records. Ahead of the release, the band is treating us to a sample of Galbraith’s final work with their latest single, “Meant to Mean”.

“‘Meant to Mean’ is about fucking up in a relationship and the other person taking all of those ‘good’ things that they brought out of you with them when they left,” bassist Eli Burke tells Consequence of Sound. “It is about, after the dust settles, wanting the other person to admit you meant something to them. It is about wanting a glimpse of that vulnerability that you had when you were together. It is about remorse for making mistakes and wanting forgiveness. It is about closure.”

Even with the song being about fucking up and breaking up, the song’s infectious energy feels like a celebration of Galbraith’s punk rock spirit. Her vocals are bruised and ragged on the track, thrashing against her surging rhythm guitar. Even more jarring are her frank and honest lyrics, owning up to being half empty and alone before chanting, “Keep this safe from me” on the chorus. It’s also the band at its most immediate, with Burke’s bass and Melissa Thomas’ drums bolting at top speed throughout. Despite the gloomy nature that comes with a posthumous release, “Meant to Mean” exudes the spirit Galbraith so willingly shared with everyone around her.