Seminal hip-hop outfit perform "Can I Kick It?" in celebration of 25th anniversary 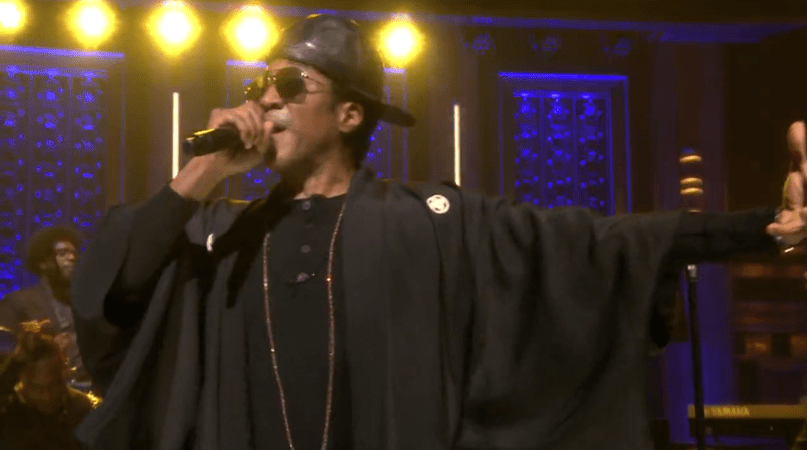 This week marks the 25th anniversary of A Tribe Called Quest’s debut album, People’s Instinctive Travels and the Paths of Rhythm. In celebration, the seminal hip-hop group reunited for a performance on Friday night’s episode of The Tonight Show Starring Jimmy Fallon.

Together again for the first time in two years, Q-Tip, Phife Dawg, Ali Shaheed Muhammad, and Jarobi White performed a spirited rendition of “Can I Kick It?” with assistance from The Roots. Watch video below.

Along with the Fallon performance, ATCQ have released a special reissue of People’s Instinctive Travels… featuring a newly remastered edition of the album along with new remixes by Pharrell, J. Cole, and Cee-Lo.